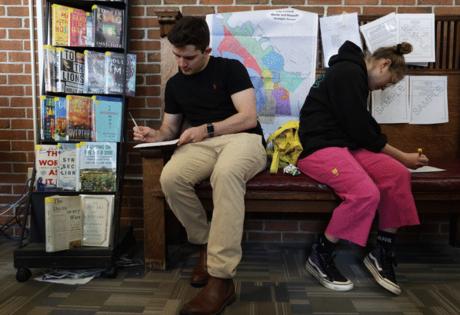 According to all available evidence, youth and college student voters turned out in force this election cycle, making a decisive impact on the 2022 midterms. While those results exceeded public expectations, they came as no surprise to organizers who work closely with the youth vote — especially those on college campuses, where the story of the student vote may offer a road map to strengthening democratic participation across the board.

After decades of underperformance, by any objective measure, college student voter turnout exploded over the 2018 and 2020 federal election cycles, significantly outpacing turnout growth among the overall electorate — and they appear to have sustained high turnout levels in 2022. Student voters achieved this new normal despite often facing logistical obstacles due to complicated housing situations, psychological obstacles as first-time voters, and systemic barriers due to policies that seek to block or dilute their vote — not to mention the unprecedented circumstances brought on by the continued Covid-19 pandemic.

We’ve spent much of our careers working to grow the college student vote, and supporting youth voter engagement on both the local and national levels. We can say with confidence that this level of accelerated growth in voter participation could not have happened without sustained engagement through a local-first, nonpartisan approach that focused resources on grassroots efforts to engage voters in their communities and on their terms, with national organizations playing a crucial role of support and coordination.

At the local level we’ve seen dozens, if not hundreds, of stories like the one co-author Manny Rin worked on firsthand as a local organizer in Southern California, where in 2014, prior to the formation of the nonpartisan student voting coalition BruinsVote, the University of California, Los Angeles’ student body voted at a 13.6% rate. Over the next several years, BruinsVote, led by campus faculty, student government, and local CALPIRG-affiliated student leaders, coordinated an effort to reach every UCLA student with resources and information about voting.

While student organizations, led by CALPIRG’s New Voters Project, registered and educated thousands of students in the classroom, in the dorms, over the phone, and at on-campus events, UCLA Student Affairs administrators made sure voter registration resources were made easily available online by integrating it into their website and sending emails that reached every student on campus. In the 2018 elections, 44.5% of UCLA’s students voted, more than tripling its 2014 voting rate. In 2020, 76.5% of UCLA’s students voted.

During that same time span a network of national organizations got to work ensuring local efforts have the resources, knowledge, connections and institutional backing to sustain gains like those made by UCLA. One such example is ALL IN Campus Democracy Challenge’s Presidents’ Commitment, a pledge signed by 537 college presidents, including UCLA’s, to achieve full student voter registration and voter participation of eligible students in all elections — and saw a 5.7% average increase in voting rates among participating campuses.

Importantly, both the local and national programs are nonpartisan, which enables organizers to speak to everyone in their communities and maintain credibility that their work is done to help members exercise their voice rather than dictate what they have to say — such as in the case of the 289 schools that participate in Ask Every Student, the national program that seeks to help schools achieve 100% voter registration by asking every student to participate in elections in a one-on-one or small-group setting, and has made a measurable impact on student voting.

Nonpartisanship also paves the way for college student vote leaders to leverage the unique ability of a college setting to spark movement and celebration in their communities by rallying everyone — regardless of political persuasion — to a common cause. This fall, for example, more than 600 campuses participated in Campus Takeover by hosting celebrations for the Civic Holidays (National Voter Registration Day on Sept. 20, National Voter Education Week Oct. 3-7 and Vote Early Day on Oct. 28), national voting-focused mobilizations that saw college campuses host everything from parties with DJ’s on campus to carnival-like gatherings with stilt-walkers and lawn games, to marches to the polls with costume themes.

In other words, today’s students have access to significantly more institutional support, more resources, and more cultural touchpoints that promote voter participation than they did a decade ago. They no longer live in circumstances where voting is just a possibility — it’s an expectation. And those touch points and expectations are conveyed to them through channels that lie outside the often-polarizing arena of partisan politics. This has helped improve turnout rates in recent elections and explains, in part, the high youth voter impact on the 2022 midterms.

Duplicating the exact steps taken to get here wouldn’t work with the broader electorate, obviously. But understanding the principles at play — empowering local leaders, offering institutional support, ensuring inclusivity through nonpartisanship, and leveraging cultural norms to make voting a positive, even fun, community touch point — can be instructive in helping other underrepresented parts of the electorate make similar gains, and are areas in which higher education leaders can play a prominent role.

An important first step in this process is to acknowledge the successes of the youth and college student vote for the achievement that it is, and not simply a biennial surprise. Their gains are intentional, sustainable and predictable — even if conventional political wisdom is still catching on to this new normal. The sooner we understand the forces creating this positive change, the sooner we can use them as a road map to build a more inclusive and equitable democracy for everyone.