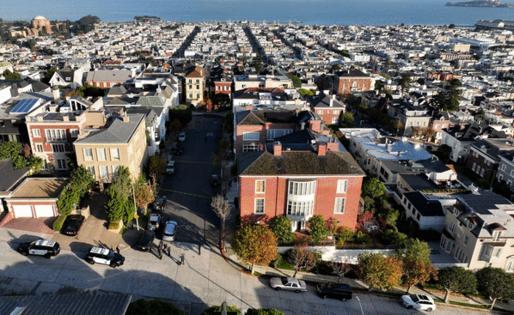 Anyone with a beating heart and sliver of humanity reacted to the October attack on Paul Pelosi in similar fashion, with a combination of shock and horror that transcended politics.

The Republican national committeewoman from California leapt onto Twitter to spin conspiratorial speculation about the dark-of-night invasion of Speaker Nancy Pelosi's home and the assault on her husband by a hammer-wielding crazy.

Dhillon's heedless conjecture was then picked up and amplified by the extravagantly malicious Tucker Carlson, who even name-checked the San Francisco lawyer and MAGA cheerleader on his Fox News propaganda hour. Dhillon is a regular on Fox and other right-wing media, sowing unfounded doubts about election integrity, among other gaseous claims.

So it was noteworthy when the head of the Republican National Committee, Ronna McDaniel, recently appointed Dhillon to co-chair a committee analyzing the disappointing results of last month's midterm election.

It's sort of like asking an alcoholic midway through a drunken binge to offer tips on sober living.

Republicans had an excellent opportunity in November to seize control of the Senate, win a big House majority and increase the party's gubernatorial ranks. They fell well shy, barely eking out control of the House, owing in good part to the malign touch of former President Trump.

His meddling in Republican primaries helped elevate a bunch of fourth-rate, losing candidates. His campaign-style rallies, entanglement in myriad investigations and incessant lying about the 2020 election helped make Trump and his acolytes a focal point of the campaign, turning the midterm from a typical referendum on the party in power to a choice between President Biden and the execrable ex-president.

The attack on Paul Pelosi just over a week before election day helped underscore the danger of the right wing's inflammatory rhetoric and Trump's role fomenting political violence.

In California, the result was another dismal showing for beleaguered Republicans.

One of the best and brightest candidates the party has fielded in some time, Lanhee Chen, couldn't overcome the Trump taint and scarlet "R" associated with the Republican Party, handily losing his race for state controller. That makes it 16 years since the GOP has had one of its own elected to statewide office.

Democrats easily retained their supermajorities in the state Senate and Assembly, possibly expanding their ranks. And while California Republicans claimed a dozen seats in the House, the GOP is still little more than a limited faction in the country's most populous and influential state.

For that, they can thank leaders like Dhillon, one of the most prominent faces of the Republican Party in California, who, according to a Politico report Sunday, plans to wage an uphill fight to replace McDaniel as national party chair.

The 54-year-old daughter of Indian immigrants was raised in rural North Carolina and has been a Republican since registering to vote. Her sensitivity and political acuity were displayed while in college; as editor of the Dartmouth Review, Dhillon won national attention for defending a satirical column likening the college's Jewish president to Adolf Hitler and his campus policies to the Holocaust.

Dhillon was a critic of Trump before he clinched the 2016 nomination. A GOP consultant and Facebook friend recalled her posts deriding Trump during the primary season and described Dhillon's conversion as purely opportunistic.

After Trump lost reelection — incontrovertibly, undeniably — Dhillon was among those backing his self-indulgent legal fight and promoting unfounded claims of voter fraud. Researchers who analyzed nearly 50 million tweets in a 3½-month period surrounding the 2020 election named Dhillon among the nation's top 20 spreaders of misinformation.

Since then, she has become a kind of in-house counsel for the MAGA movement, taking on a sordid collection of election deniers and political ne'er-do-wells. Her firm represented Trump before the House committee investigating the Jan. 6 coup attempt, and Dhillon also served on the legal team of Kari Lake, the losing candidate for Arizona governor, who raised bogus fraud claims in refusing to concede defeat.

Throwing in with Trump and other political rogues has apparently been good for Dhillon's livelihood. (She also pursued a batch of lawsuits against California Gov. Gavin Newsom and his pandemic-related policies.) It's certainly raised her profile.

Whether it's benefited the Republican Party is another question.

In 2012, after losing the White House, Republicans commissioned a similar postelection audit.

The autopsy report included a number of recommendations, including a call for a more inclusive and inviting tone and a less harsh, more welcoming position on immigration.

"Public perception of our party is at record lows," Sally Bradshaw, a Florida GOP strategist and one of the project's co-chairs, said at the time. "Unless changes are made it will be increasingly difficult for Republicans to win another presidential election in the near future."

Of course, four years later Trump captured the White House after doing precisely the opposite of what the postmortem suggested. So there is every reason to believe the findings of the current task force will be consigned to the same dark and dusty place most white papers and blue-ribbon commissions go to die.

Given that, Dhillon probably shouldn't bother putting too much time or effort into her investigation. Then again, she doesn't have to work hard to find what's ailing the Republican Party.

All Dhillon has to do is look in a mirror.