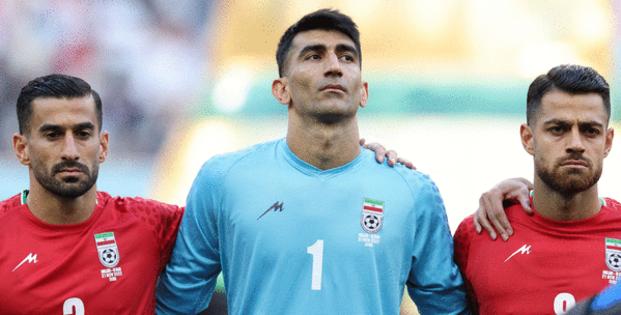 Robert Kagan puts the term to good use in his 2018 book “The Jungle Grows Back.” He argues that the “liberal world order” that we have come to regard as inevitable is actually a mythical seven-decade reprieve from history-as-usual that began after World War II.

For thousands of years, the story of humankind, Kagan says, is more accurately described as a “long tale of war, tyranny, and poverty.” These millennia were characterized by repression and disregard for the rights and interests of individuals. The context for this squalor and backwardness was virtually constant conflict among national powers, great and small.

In other words, a jungle.

According to Kagan, the jungle has been subdued by the liberal world order that was largely engineered by the United States beginning in 1945. The result is a unique era in human history that values democracy, equality, the rule of law over tyranny and international trade and cooperation over war. The rights of individuals are valued more than the prerogatives of the state.

Since the end of World War II, the jungle has been losing, and the United States has been on the right side of history.

But there are two problems: The first is that keeping the jungle at bay requires force, and in a world where the ultimate weapon is nuclear, subduing the jungle could easily destroy what we hope to save.

Second, like a literal jungle, the metaphorical jungle reflects the natural entropy that applies to all order in the universe. The earth, the houses we live in, our physical bodies all tend toward disorder. They require maintenance and rejuvenation just to stay ahead of the entropy.

In other words, the jungle always threatens to grow back. Constant pruning and brush-cutting and, sometimes, serious lumberjacking are required.

Together these two problems don’t provide much reason for optimism. But we might find some hope in another force that sometimes seems as strong and natural as the jungle’s tendency to re-encroach: The willingness of courageous, determined people to push back against autocratic states.

We’re seeing this in surprising and dangerous places. Imagine the bravery that it takes to march in the streets of Beijing in protest against the increasingly autocratic rule of Xi Jinping. What kind of commitment to freedom is required to galvanize Iranians to publicly object to their government’s theocratic oppression?

Consider the courage of the Iranian soccer team, which, in support of their fellow citizens protesting at home, refused to sing Iran’s national anthem before their opening game at the World Cup, while their faces were being broadcast in close-up on international television?

This passion for freedom is encouraged by social media. Women in Iran understand that not all women live under the oppression of theocratic patriarchs. Women in Saudi Arabia know that women elsewhere enjoy the privilege of driving automobiles. LGBTQ+ everywhere know that more and more of the world is beginning to understand that criminalization of their natural-born sexual disposition is inherently wrong.

The odds are against these protesters. Chinese authorities moved quickly to suppress the demonstrations, using cellphone data and facial recognition to identify the protesters. Thousands have been arrested.

In Iran, authorities rapidly began to quash the protests, in some cases using live ammunition. The figures are tentative, but by some accounts 14,000 protesters have been arrested and 448 killed.

In short, humanity’s tendency toward entropy and disorder is powerful, but the brave forces that resist are courageous and determined.

Of course, most Americans support courageous resistance to autocratic regimes. But are we emphatic enough in our support for protesters who are risking their lives for principles that we believe in?

For a century we’ve been indifferent to those principles in countries that provide us with cheap petroleum. But how well do we serve them by playing World Cup soccer in a country that consigns women to inferior status and where homosexual activity can result in seven years in prison?

It's almost the end of my first Dry January, and I am happy to report — as if you didn't already know — that it's possible to stop drinking even when you think you can't.

Over the years, for fairly mundane reasons, I ...Read More

Pennsylvania’s costly, ineffective and immoral death penalty statute remains active, even though the state hasn’t executed anyone since 1999. With more than 100 prisoners on death row, one of the nation’s largest, ...Read More

On Jan. 7, Memphis police officers stopped 29-year-old Tyre Nichols for a traffic violation and then beat him so viciously that he was hospitalized and died three days later.

The videos of Memphis, Tennessee, police pulling Tyre Nichols from his car and beating him show a gratuitous and vicious assault on an unarmed motorist who appears to try his best to cooperate. There are also things the ...Read More

The Biden administration announced last week that the U.S. will provide 31 Abrams M-1 tanks to Ukraine, and Germany said it will send 14 of its Leopard tanks to Kyiv.

The tank deal and the first anniversary of the start ...Read More

On Thursday, the State Bar of California announced that it was initiating disciplinary proceedings against Donald Trump’s lawyer John Eastman and seeking his disbarment for his role in efforts to overturn the 2020 ...Read More