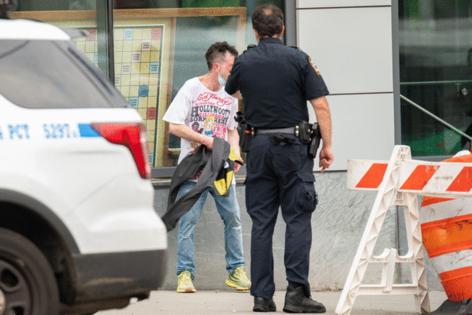 Even as advocates claim that New York will be abrogating the rights of mentally ill people, we strongly support Mayor Eric Adams’ push to more proactively assess unstable individuals who are living on the streets — and provide needed treatment to those who are indeed in the throes of crippling psychological conditions and risk harming themselves or others.

It’s only a patina of decency to let such men and women continue to live on the streets or the subways. Given that their very state renders them unable to break out of the vicious cycle, it is far more caring to ensure that they get help.

But it would be naive in the extreme to believe that the city can change the equation alone. Albany has a big part to play in delivering better laws and more supportive housing, and Washington has let fester a terrible federal provision that creates a powerful economic disincentive to treat destitute people with serious mental illness.

It’s called the IMD exclusion, on the books since the creation of Medicaid in 1965. It prohibits states from using that massive federal health care program for the poor on psychiatric hospitals or other residential treatment facilities with more than 16 beds.

If it sounds arbitrary and cruel to deny money for just one type of illness, that’s because it is. The exclusion renders it economically impossible for those who wish to help this desperate population to do so. Conservatives and liberals alike understand this.

Some fear that making this fix will hurtle us back to mass institutionalization, returning America to Bedlam in 1946. That’s not going to happen. We now live in a starkly different world that safeguards individual rights and prioritizes community caregivers.

Rep. Carolyn Maloney, who lost her primary to Jerry Nadler, is lead author of the IMD-exclusion-ending Michelle Go Act, named after the woman killed in January by an emotionally disturbed man who didn’t get the care he needed. Who will get this change passed? Who will save lives of people tormented by psychosis and those they might someday hurt?