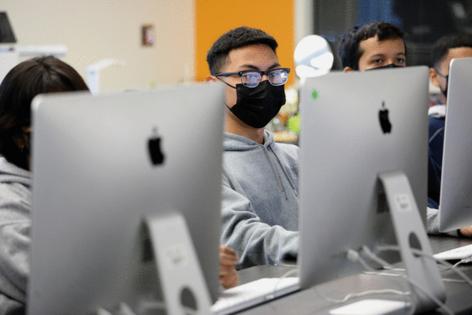 Since the start of the pandemic, Congress has provided public school districts with $190 billion in relief funds, roughly triple what the federal government spends on K-12 education in a typical year. This infusion has handed schools an opportunity to start repairing the damage caused by remote learning. Far too many are in danger of squandering it.

The need for an intervention could hardly be clearer. Results from national assessments show that the pandemic wiped out two decades’ worth of student gains in math and reading. U.S. grade schoolers lost an average of half a year’s learning in math, with some in high-poverty districts behind by a year or more. Without urgent action to help students recover lost ground, those deficits will only continue to grow — likely driving up dropout rates, reducing students’ lifetime earnings, and slowing the country’s economic growth.

The size of these programs hid basic flaws. The ARP required that school districts devote 20% of their relief funds to “addressing” learning loss, but didn’t specify benchmarks for measuring student progress or consequences if schools failed to meet them. In the absence of clear rules, districts have used the funds to repair buildings, pay staff salaries and upgrade sports facilities. Some districts have used their pandemic aid to make up for budget shortfalls caused by declining student enrollment in failing schools.

Even more alarming is schools’ lack of urgency in putting available resources toward combating learning loss — despite evidence that poorly performing students have fallen further behind since returning to the classroom. According to one analysis, less than 15% of funds allocated in Biden’s 2021 relief bill have been spent, with many districts spending less than 5%. A McKinsey report this month found that one-third of pandemic funds have yet to even be budgeted. At that rate, schools could wind up with as much as $20 billion unspent by September 2024, the deadline for using the funds. While the next Congress may extend the deadline, there’s no guarantee it will.

School officials need to recognize that this may be their only chance to reverse the harms imposed by the pandemic. First, districts should gather data to determine the scale of learning loss within schools and identify where students are furthest behind. Next, they should expand tutoring programs by enlisting parents, college students, retired teachers and others. Finally, they should extend the school year and ensure students spend more time in class — through after-school and Saturday academies, mandatory summer school for struggling pupils, and increased outreach to families to reduce chronic absenteeism.

Policymakers also need to get serious. States should require that school districts publicize their spending plans and see to it that remaining relief funds are poured into classroom instruction, rather than non-academic priorities. Congress should hold regular hearings on how states and local school systems are spending relief funds and work with the Biden administration to create a publicly accessible scorecard to track districts’ progress and call attention to schools that underperform.

The academic damage caused by the pandemic is immense. Failing to use all available resources to address it would be a tragic mistake.