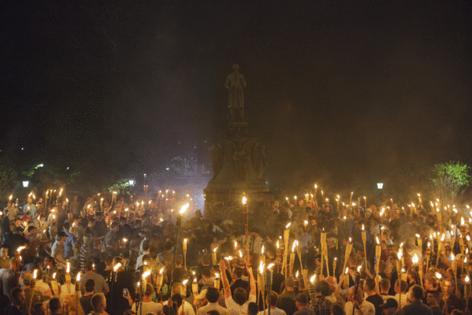 There comes a time when the social media-consuming public needs to step back and ask whether their continued use of a particular service might be doing more harm than good. Elon Musk’s Twitter might have reached such a turning point in the public’s eye, just as Donald Trump’s recent dinner with two well-known antisemites is causing longtime Trump supporters in the Republican Party to reach their breaking point.

Both Musk and Trump profess ignorance for recent actions that helped empower white supremacists and antisemites. If they are, in fact, ignorant, that should be reason enough for the general public to shun them for the fools they clearly are. If they’re only feigning ignorance, that’s all the more reason to start treating them as pariahs rather than rock stars.

The stakes are high for both: Trump is now in his third campaign for the presidency, while Musk, the world’s richest person, has just sunk $44 billion into his ill-advised purchase of Twitter. Neither can afford the kinds of dangerous relationships they’re cultivating, yet they continue to do it as if they’re playing some kind of game.

Musk this week tweeted out a meme of Pepe the Frog, a cartoon character that is the go-to symbol for alt-right racists and antisemites who have used the cartoon to honor Adolf Hitler and Nazi gas chambers. Musk wound up deleting the meme, but the damage was done. The posting came at a time when hate groups that were banned under Twitter’s previous ownership have received amnesty under Musk. He claimed to be abiding by the results of a seriously unscientific poll he conducted among Twitter account holders that, by his own assessment before he bought the company, might have included millions of fake accounts.

By freeing the haters — along with Trump — to resume using Twitter to spread lies, cultivate hatred and promote insurrection, Musk crosses the line from supporting free speech to actively promoting and normalizing racism and antisemitism.

Trump last week hosted a dinner at his Mar-a-Lago estate with antisemitic rapper Ye (formerly Kanye West) and Nicholas Fuentes, an openly antisemitic white supremacist. Rep. Marjorie Taylor Greene, R-Ga., generated controversy earlier this year by speaking at a forum in Texas sponsored by Fuentes, after which she professed ignorance about his background. Her 2021 social media posting expressing a belief that wildfires in California were started by “Jewish space lasers” suggests that, perhaps, her embrace of Fuentes was out of solidarity, not ignorance.

That’s all it takes — ignorance and complicity by the likes of Musk, Twitter and Trump — to legitimize the fringe beliefs of kooks as mainstream forms of thought. Hitler rallied a nation and conquered a subcontinent without a tool as powerful as Twitter. We can only imagine the horrors to come if Musk insists on opening Twitter to modern-day brownshirts.