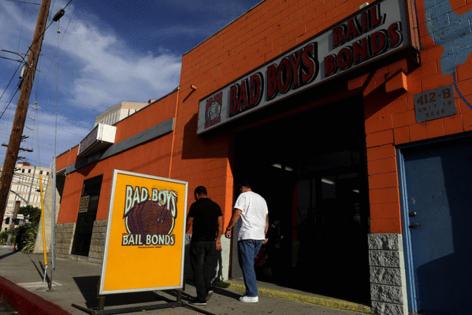 The purpose of bail is to get people out of jail.

There continues to be broad misunderstanding of that basic principle among Californians generally, and blatant violation of it — knowing or otherwise — among police and judges. The right to bail under the state and federal constitutions routinely gets stood on its head, so that instead of being used to get people out of jail, bail is misused to keep people in.

That point is driven home by a recent study of bail decisions issued by judges in several counties since the California Supreme Court’s landmark ruling in In re Humphrey more than a year and a half ago. In that March 2021 decision, the court struck down money bail orders that defendants can’t afford. It was a ruling that should have been so obvious as to be unnecessary. The constitutional right to bail is a conditional right to release before trial, and is rendered meaningless if bail is set so high that the defendant can’t pay.

Yet the analysis by the University of California, Berkeley School of Law’s Policy Advocacy Clinic and UCLA School of Law’s Criminal Justice Program shows that after Humphrey, the bail amounts that judges order have remained steady — exactly the opposite one should expect after a ruling striking down unaffordable bail.

Likewise, the number of people held in jail before trial has actually risen. Judges still set bail at levels defendants can’t afford. And some won’t even consider the requirements of Humphrey at the arraignment (the defendant’s first court appearance), but instead order bail hearings after arraignment, which means that defendants who are presumed innocent before trial will nevertheless remain in jail for a week or longer before they go back to court. The negative consequences of pretrial detention are substantial: more time away from work means a greater chance of losing a job, of losing housing for failure to pay rent, of losing custody of children for being unable to care for them.

All those losses put the defendant in increasingly desperate straits, which may be why some studies show that the longer people are locked up before trial, the more likely they are to commit crimes in the future. That means judges who set unaffordable bail may be exacerbating the problem without realizing it. They presumably want to keep defendants locked up in order to keep the community safe but may in fact be doing the opposite.

California’s bail fail begins even earlier in the criminal legal process, at a phase not covered by either the Humphrey decision or the law school study.

After arrest, a person is generally taken to the police station and “booked” — fingerprinted and held in custody while police check criminal records.

For suspected felonies and the most serious misdemeanors, police will consult a chart, known as a bail schedule, which is drawn up annually by the local superior court and assigns bail amounts to particular crimes. The defendant, in police custody, won’t be seeing a judge for up to 48 hours, or even longer in the event of a weekend or holiday, and has no opportunity yet for the kind of individualized assessment of his or her ability to pay as required by Humphrey. The defendant either pays the amount on the schedule (or makes a nonrefundable payment to a bail bond agency to put up the money) or is held overnight, and for up to five days, before arraignment.

A lawsuit filed earlier this month on behalf of defendants being held in Los Angeles prior to arraignment challenges the bail schedule as unconstitutional in much the same way unaffordable post-arraignment bail was overturned in Humphrey. In Urquidi v. Los Angeles, attorneys for the plaintiffs — Public Justice’s Debtors’ Prison Project and the Civil Rights Corps — quickly obtained release of a defendant held under the bail schedule. But the suit intends to cover all defendants similarly situated and to strike down the bail schedule. Trial on the larger issues is still to come.

The plaintiffs are correct that defendants who can’t afford preset bail amounts should be released, or else ushered quickly before a judge or magistrate. That’s how the process worked early in the pandemic, when the state Judicial Council ordered all scheduled bail amounts in all California courts to be reset to zero. That should be the permanent solution. Defendants should be held only if a judge finds that they pose a significant risk to the community, not because they don’t have enough money for bail.

The law school study recommends a permanent zero-dollar bail schedule. The researchers have other good suggestions as well, and one in particular stands out: The Legislature should codify a presumption of pretrial release in all cases, subject to judicial determinations that individual defendants should remain locked up for public safety. Arrest is supposed to begin a process to determine guilt. It’s not supposed to short-circuit the Constitution.