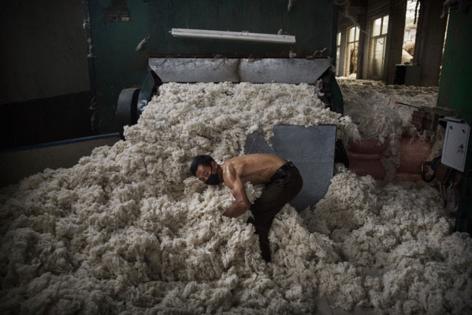 To many animal advocates, the day after Thanksgiving has long been known as “Fur-Free Friday.” Compassionate people have held demonstrations, used donated fur coats as bedding for injured or orphaned wildlife, given unwanted furs to homeless people—the only ones with any legitimate excuse for wearing fur—and much more. But now that nearly every top designer has shunned fur and countries are shutting down fur farms, sparing fur-bearing animals, more and more people are starting to consider other “fashion victims,” including sheep, who are abused and exploited for their wool.

Sheep’s wool, like foxes’ fur, is not “fabric.” It doesn’t belong to us: It’s violently stolen from its rightful owners. Starting this holiday season, let’s enjoy a wool-free winter and help prevent sheep from suffering at the hands of the wool industry.

Investigators from PETA entities, including PETA U.S., have documented violence at more than 100 wool industry operations in several countries, including Australia, Argentina, Chile, the U.K. and the U.S. Video footage shows that gentle sheep are routinely beaten, punched, jabbed, kicked, stomped on and even killed by hurried shearers, who are typically paid by volume, not by the hour, and thus tend to work as quickly as possible.

Shearers often leave bloody, gaping wounds on sheep’s bodies, which they stitch up without painkillers. Most sheep are shorn in an assembly-line fashion. Being held down and handled is terrifying to prey animals like sheep, and the more they panic and struggle, the more force shearers use, sometimes stomping and standing on their necks and stomachs.

PETA has footage of workers in Australia, where most of the world’s wool is produced, cutting the flesh off merino sheep’s backsides with shears, a barbaric process known as mulesing. Australian sheep farmers specifically breed merino sheep to have wrinkled skin so they’ll produce more wool. The folded skin on their hindquarters collects moisture that attracts flies, who lay eggs in it. In an attempt to mitigate this problem by creating smooth, scarred skin that won’t harbor fly eggs, many Australian sheep farmers cut flesh from lambs’ hindquarters—without painkillers. This agonizing procedure takes place in full view of the lambs’ mothers, who frantically call out to them and try to get as close to them as possible.

Is this any way to treat smart, sensitive social beings with unique personalities? Instead of cutting flesh off sheep’s backsides, leaving gaping wounds on their bodies or abusing or exploiting them in other cruel ways, let’s shop for humane materials, such as Nullarbor, a sustainable vegan wool made from liquid coconut waste from the food industry. It’s cruelty-free, and its production isn’t responsible for nearly as many harmful greenhouse gas emissions as that of wool. Sheep are second only to cows when it comes to producing methane and are the source of more than 90% of New Zealand’s climate-warming methane emissions.

There’s also WOOCOA, a wool-like material made from coconut and hemp, as well as other stylish vegan materials, such as Tencel, linen, organic cotton and wool made from seaweed, soybeans, bamboo, recycled plastic bottles and more.

When we go shopping this holiday season, let’s choose cruelty-free, fashionable and environmentally friendly fabrics instead of wool and other products of pain and suffering.