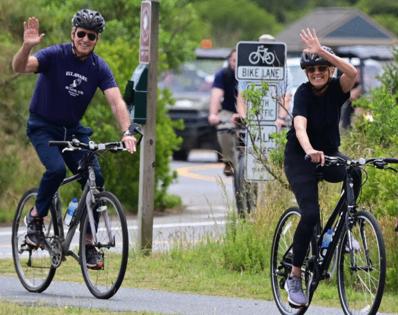 In 1957, the decade-old Centers for Disease Control prohibited individuals under 21 from receiving vaccines during the major influenza epidemic of that year unless they had signatures granting parental permission. A 20-year-old college junior at the time, I was miles away from home, and the necessary approval paperwork for the shot was lacking. I became gravely ill, spent 10 days in the college infirmary, necessitating not only doctors but a priest, and took weeks to recover fully.

That’s when I first realized the importance of making the right call in terms of eligibility based on age. Unfortunately, the only consistency in the history of age requirements in America is its inconsistency. Disunity on both ends of the age spectrum abounds.

Public school districts are strict in delineating eligibility for kindergarten students: In Virginia the youngster has to be 5 on or before Sept. 30 to start; in Maryland and West Virginia, the fifth birthday has to be reached by Sept. 1. A full-fledged driver’s license can be acquired in Virginia at 16 and three months (provided you complete a course and have parental consent); in Texas, one has to wait until age 18. Drivers of school buses in Maryland with commercial licenses must be 21, but in Virginia the starting age is 18. Meanwhile, in Ohio, a registered voter who is 18 can run for governor and major cabinet offices.

The 26th Amendment to the Constitution gave 18-year-olds the right to vote, but then came laws forbidding the purchase of booze or tobacco products until age 21, although eligibility for entering the military is 17.

Not surprisingly, the worst divisions occur regarding the right time to retire, to hang it up. The AARP makes the magical figure begin at 50. The Age Discrimination in Employment Act of 1967 protected workers from age 40 to 65, with subsequent legislation putting no end limits for most workers. Pilots of commercial airlines have to retire after reaching age 65 (up from 60 a few years ago), but there is no upper age limit for elderly people to renew their drivers licenses in the various states.

The Founding Fathers never worried about a gerontocracy in which elders ruled. Instead, they feared a paedocracy, that is, rule by youngsters. For that reason the minimum age for serving in the House of Representatives was 25, 30 for the Senate and 35 for president. Members of the Supreme Court and lower branches had no eligibility specifications in the Constitution, leaving the matter to Congress, except for the fact that they “shall hold their offices during good behavior,” meaning that impeachment was the only exit door.

But the Founders clearly put their bets on older officeholders, illustrated by the fact that the House — likely to illustrate the younger sort — has far fewer powers than the Senate, the upper body that had the exclusive right to approve certain officeholders, assess treaties and convict the president. And to hold office, in each term, for three times the years of House members. And remember, until the 17th Amendment was ratified in 1913, senators were elected by state legislatures, a cushion for obviating the choice for voters more willing to minimize age and incumbency at the ballot box.

Because there is no federal legislation regarding at what age members of Congress and the president must retire, the quagmire of mental and physical fitness arises. But neither representatives, senators, federal judges nor the president — including the current one, Joe Biden, who turned 80 last Sunday — are required to disclose full and complete health issues to the public.

Such matters of retirement are left to voters at election time, but mostly to the officeholders — no matter that today all three branches of government are illustrative of elderly Americans holding enormous power. The 22nd Amendment, limiting the president to two terms, is a fail-safe only in that the designated exit date can’t be changed by a simple law. And the Presidential Disability Amendment (No. 25) requires too high a bar for its implementation, with the vice president, a majority of the cabinet and two-thirds of Congress necessary to retire the president.

In short, there is no likely remedy for age shortcomings on all levels of life, and likely nothing that Congress will do about it, even though polls clearly suggest that Americans favor age limits. The reason is obvious: Many of the lawmakers who could take action want to stay in office, no matter their advancing age. Whether they should is debatable.

Here’s one more example for you to consider before you make up your mind on that. This past August, the National Park Service celebrated the retirement of one of its rangers who made history as the oldest in the institution’s history. The ranger — whose wide-ranging duties included law enforcement like all other associates — was 100 years old.