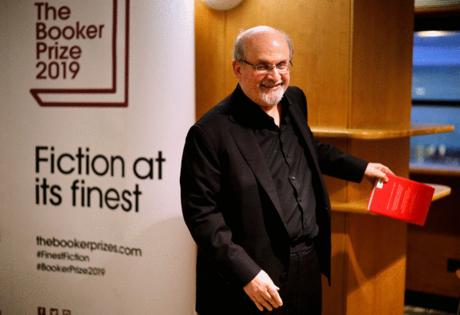 New York’s Chautauqua Institution describes itself as “a community of artists, educators, thinkers, faith leaders and friends dedicated to exploring the best in humanity.”

On Friday morning, the worst in humanity came calling on Chautauqua, New York, when an assailant rushed the stage and attacked the great author Salman Rushdie, stabbing him several times, it appeared, in the neck. It was immediately apparent that his injuries were grievous.

Rushdie, who refused to be cowed by a 1989 fatwa from the Ayatollah Ruhollah Khomeini, who did not care for one of Rushdie’s books, lived a profoundly self-examined life, out and about, eschewing security, engaging with his readers, giving speeches and supporting authors’ rights and free speech all across the planet.

For the courageous Rushdie, 75, to be so brutally attacked in a peaceful place dedicated to the exchange of free thought, beggars belief. More worrying still, this is not the first time of late a speaker has been physically assaulted while delivering comments to an American audience, not the first time of late that someone who disagreed with something someone said decided that violence was an acceptable response.

These are cowardly acts against soft targets, reliant on surprise and with no place whatsoever in a mature democracy.

We abhor all of them. Whatever our political or religious beliefs, we must stand together against them.

We herald Rushdie’s artistry, intellect, literary prowess and compassion for his fellow travelers.

In “The Satanic Verses,” Rushdie wrote of the poet’s work: “to name the unnameable, to point at frauds, to take sides, start arguments, shape the world, and stop it going to sleep.”

Exactly. Godspeed to him.