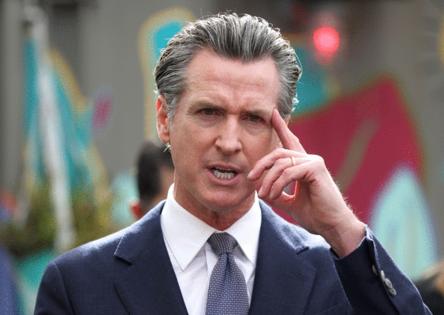 The answer is clearly no. But then again, if water policy in California were as clear as water itself, Jake Gittes would never have been told to "forget it."

Oh, conservation can help. That's why Gov. Gavin Newsom has called on Californians since July to voluntarily reduce their water use by 15 percent (as compared to 2020 levels) and why the city of San Diego's Public Utilities Department director is urging locals to contribute to the conservation efforts in a new commentary in The San Diego Union-Tribune. But the latest state data shows Californians cut back on water use by just 7.5 percent overall in June 2022 compared to June 2020 — and data provided by city officials shows San Diegans are only at a 1 percent reduction. After a year, it's obvious calls for voluntary conservation only get California so far.

San Diego County residents can especially only do so much. Are some residents resisting pleas from city and state officials to scale back on water usage? Sure, probably. But have many residents countywide also already torn up or stopped watering their lawns, begun using buckets to capture cold shower water and sped up how quickly they wash both their dishes and themselves? Assuredly, yes. Per capita water use in the San Diego region is down 43 percent since 1990. And at 61 gallons used per capita per day, San Diego County residents have a lower rate than people living in Los Angeles, Orange, Ventura, Imperial, San Bernardino and Riverside counties. Local residents are so used to California's cyclical drought declarations that sometimes it's hard to remember whether we're still in one or not. (The answer is yes, of course, we are — a bad one, labeled earlier this year as the worst in 1,200 years.)

Against that backdrop, a new plan Newsom released on Thursday centered around a comprehensive strategy, urgently calling for greater water storage, more wastewater recycling and additional desalination plants. It's a menu San Diegans — buoyed by decades of strong water management, planning and diversification — are familiar with. Sandra Kerl, the general manager of the San Diego County Water Authority, said in a statement Thursday that Newsom's approach "aligns closely" with the agency's 30-year strategy by combining new supplies, infrastructure upgrades and conservation.

But, she added, "While conservation has become a way of life in San Diego County, it's clear that we cannot conserve our way out of the more frequent and severe droughts afflicting the arid West."

In recognition of this and a changing climate that has implications for every Californian, Newsom has designed a plan for "a climate prone to weather whiplash," a plan that calls for "haste" because water supply conditions are likely to both worsen and become less predictable across the West.

There are many priorities at all levels of government, but expanding water infrastructure needs to stay toward the top of the list. In a week when Newsom also announced new approaches to climate change and the housing crisis, his focus on water is welcome. As is his acknowledgment the state must work with local and federal agencies and tribes. Let's hope the plan isn't one that sits on a shelf collecting dust, but one that ensures dust doesn't become a California hallmark in the drier days ahead.

The editorial board operates independently from the U-T newsroom but holds itself to similar ethical standards. We base our editorials and endorsements on reporting, interviews and rigorous debate, and strive for accuracy, fairness and civility in our section. Disagree? Let us know.