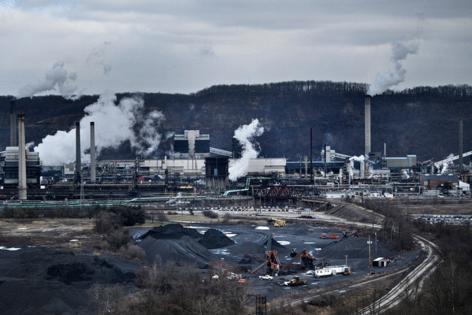 In effect, the 6-3 decision constrains the EPA in regulating greenhouse-gas emissions from stationary sources — power plants in this particular case. At the heart of this is something called the “best system of emissions reduction,” or BSER. The Clean Power Plan promulgated by the EPA during President Barack Obama’s administration determined that the best way to reduce emissions from coal-fired plants — their BSER — was to replace them with natural gas or renewable power. Efficiency improvements or nascent technologies such as carbon capture wouldn’t accomplish enough. Opponents claimed the EPA, by effectively forcing a restructuring of the country’s power-plant fleet, had overstepped its bounds under the Clean Air Act. The Supreme Court now backs that view.

Several aspects of this dispute make the court’s judgment dubious, beginning with the fact that the Clean Power Plan never actually went into effect. Second, the basis of Chief Justice John Roberts’s opinion is something he terms the “major questions” doctrine: If a government agency derives a far-reaching power from vaguely worded legislation, and the court thinks that power is a big deal, it can be blocked. This not only undermines the so-called Chevron doctrine that has held for roughly four decades — without Roberts explicitly saying so — but also reserves for the court a highly subjective veto on sweeping areas of regulation and governance.

But the underlying philosophy is particularly pernicious from the perspective of addressing climate change because of the way it divides the country — quite literally.

Climate change is, as Justice Elena Kagan puts it at the beginning of her dissent, “the most pressing environmental challenge of our time,” quoting from the Massachusetts v. EPA decision in 2007 that affirmed the EPA’s obligation to regulate greenhouse gases as pollutants. The scale of this challenge, and the energy and industrial systems underlying it, necessitate a systemic approach if we are to have any chance of addressing it adequately and, crucially, as cheaply as possible. With the CPP, the Obama EPA effectively tried to institute a cap-and-trade system for greenhouse-gas emissions, setting the target but leaving it up to states and the companies within them to figure out the least-cost path. Earlier iterations of this, such as for sulfur dioxide emissions causing acid rain, have been very successful.

Under last week's ruling, regulations that push individual power plants to reduce emissions are fine, it seems, but the EPA’s authority to enforce systemwide change, including the mix of power-generation sources, is constrained. It is an absurd stance predicated on a weirdly atomized view of the U.S. energy system. It’s a grid, your honors. Also strange is the majority’s horror at the idea that addressing an existential challenge may mean that some technologies — coal-fired power in this case — be considered largely redundant. For decades, power providers have been “generation shifting,” or switching from one type of power plant to another, as cost and environmental considerations change.

Kagan captures this absurdity well by positing a hypothetical EPA rule that, by not explicitly targeting plant closures, might presumably meet the Supreme Court’s new test:

Suppose EPA requires coal-fired plants to use carbon-capture technology. That action increases those plants’ costs, and automatically (by virtue of the way the grid operates) reduces their share of the electricity market. So EPA is always controlling the mix of energy sources.

Power markets dispatch generators according to their marginal cost of production. So any regulation affecting that cost means that some generation gets “shifted” relative to competitors.

In pointing out this logical flaw, Kagan’s example underscores a critical ambiguity in the ruling. In making up a new “major questions” doctrine, backed by a forceful concurrence from Justices Neil Gorsuch and Samuel Alito, it leaves open this question: Even if the EPA comes up with a new regulation confined to modifying the performance of individual plants, might that rule also be blocked if its combined effect would be to force the closure of coal plants? Demanding that all coal plants capture a certain part of their emissions in order to keep running, for example, would in effect shutter the industry, because carbon-capture technology is inordinately expensive and unproven at scale. If the court is saying that the EPA can issue only regulations that don’t severely damage the economics of certain technologies, then the agency’s powers are restricted inordinately. This ambiguity potentially extends to regulating other sources of emissions, such as from industrial plants and transportation.

The Supreme Court’s ruling inevitably pushes the EPA to get creative, but the likely effect will be to push even more responsibility for cutting emissions to the states — where most of the action has been. Some states are doing yeoman’s work, but a fragmented approach means higher costs and slower progress. After this ruling, as Joseph Majkut, director of the energy security and climate change program at the Center for Strategic and International Studies puts it, “If you want to have a systemwide approach, which you need to get to net-zero [emissions], it’s got to go through Congress.” But Congress, you may have noticed, isn’t exactly churning out legislation, especially with the sort of targeted language on emissions reduction that the Supreme Court now deems necessary.

For opponents of comprehensive climate policy, the firewall built in the Senate has now created another on the Supreme Court. Like the cherry-picking “originalism” that was used to justify last month's bombshell rulings on guns and abortion, so this decision takes the Clean Air Act’s flexible language and recasts it as an impediment to efficient action. Taken in the wider context of the radical majority’s recent actions, the climate change effort must grapple anew with the flat reality that their opponents on the right will, in the last resort, resist by fiat. There is a pathetic Canute-like aspect to this, given the terminal economic pressures on the U.S. coal industry and the implacable reality of rising temperatures (and tides). No opinion can change these things. It can only make it far more costly and time consuming for society to respond.

Liam Denning is a Bloomberg Opinion columnist covering energy and commodities. A former investment banker, he was editor of the Wall Street Journal’s Heard on the Street column and a reporter for the Financial Times’s Lex column.