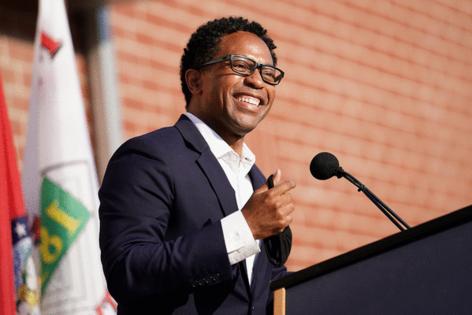 Last week’s Supreme Court decision overturning Roe v. Wade has left officials like St. Louis County Prosecuting Attorney Wesley Bell with a dilemma: His job is to prosecute violations of the law. But as of last Friday, Missouri law criminalizes abortion services from the moment of conception, even for victims of rape or incest. We agree with Bell’s characterization of that law as “misguided and dangerous.” Add to that draconian and unjust. By enforcing it, Bell would effectively have to play a role in further victimizing those victims.

Which makes it all the more difficult to conclude that Bell is taking the wrong approach with his blanket pronouncement that he won’t enforce the new law — like similar pronouncements from 80-plus other elected prosecutors around the country.

But legal officials have an obligation to enforce the laws as written, not as they wish them to be. That was our position when, for example, Missouri Attorney General Eric Schmitt chose not to defend state pandemic-protection policies in court. And it’s our position now. Laws are supposed to be determined by legislators and the courts, not prosecutors.

That said, Bell and other prosecutors also have an obligation to “seek justice within the bounds of the law, not merely to convict” (as American Bar Association standards for prosecutors specify). This is what the important concept of prosecutorial discretion is all about. Every case is different. Prosecutors aren’t required to robotically ignore specific factors and prosecute every case to the full extent of the law, regardless of whether the real-world outcome would clearly be the opposite of justice.

That’s the essential tension here: It’s a slippery slope for a prosecutor to unilaterally decide in advance, in blanket fashion, not to enforce a given law because he disagrees with it. But we would argue that in many cases, like the aforementioned rape victim, it’s difficult to imagine how justice would be served by prosecuting those who would spare her the further trauma of a resulting unwanted pregnancy.

Prosecutorial discretion could also come urgently into play in cases involving a “medical emergency,” which is the only exception Missouri’s new abortion ban makes. It’s such a vague legal standard that the question of whether to prosecute should reasonably rest on whether the doctor involved can confirm the medical necessity. Missouri legislators have shown no hesitance to substitute their own uninformed medical judgment for that of actual doctors, but prosecutors aren’t obligated to follow that example.

If such good-faith testing as to whether each case meets the bar association’s “seek justice” standard should result in a scarcity of abortion prosecutions under this radical law, so be it. But that’s different from declaring in advance that enforcement of the law simply won’t be considered in any case. The proper venue to change unjust laws is at the ballot box, not the prosecutor’s office.