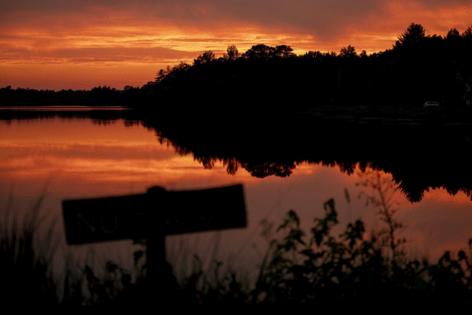 A defining feature of American politics in the 21st century is the ability to be both shocked and unsurprised at the same time. That was certainly how it felt last month when I ventured out to the Newtown Athletic Club in Bucks County, Pennsylvania, to hear many of the Republican Party’s then-candidates for governor and U.S. Senate in a freewheeling forum in which one of the hot topics — as gas neared $5 a gallon — was energy policy.

In panels that included eventual GOP Senate nominee Mehmet Oz, I heard repeated calls to unleash what was seen as Pennsylvania’s buried treasure of energy resources through more drilling or especially new pipelines, even though these measures certainly wouldn’t lower the price at the pump in 2022, or arguably ever. Maybe I was a bit naïve, but with so many candidates, I thought that just one of them might vaguely acknowledge what matters most about “energy policy” — that Planet Earth is currently on fire.

Not only was this just weeks after a United Nations panel (I know, I know, the U.N. ... black helicopter stuff to this crowd) warned of what one expert called “a global humanitarian crisis and on a scale never seen before” without rapid action to keep those fossil fuels in the ground. Even in a world distracted by inflation and the war in Ukraine, it takes willful ignorance to ignore the nightly images from around the world of wildfires or steaming trash dumps. Since that debate, we’ve watched floodwaters devastate our most spectacular national park, Yellowstone, while Montana’s GOP governor hid on a Tuscan vacation (a plot twist you couldn’t make up).

Look, we currently live in an age of deep denial, and it’s hard right now to have an intelligent political discussion about a lot of settled facts — whether it’s the utility of vaccines or who won the 2020 presidential race or whether Hillary Clinton drinks the blood of dead babies. But it’s important to remember that denial of climate change is the original Big Lie — funded by oil billionaires, spread on toxic talk radio and Fox News — and it will likely prove the world’s most consequential untruth over the next couple of generations.

In Pennsylvania in 2022, the most critical midterm election since I moved here more than three decades ago, the debate about climate and reducing fossil fuel use has been abysmal. On one hand, Republican wins — arguably teed up thanks to inflation and President Joe Biden’s unpopularity — would mean Keystone State energy policies set by a governor in Doug Mastriano, who has called climate change “fake science.” He would appoint oil-soaked regulators, and work with the GOP-led legislature to expand drilling and build new pipelines.

But the extreme denialism of Republicans has also moved the so-called “Overton window” of policy debate here in Pennsylvania, so that Democrats were free to nominate candidates in Josh Shapiro for governor and John Fetterman for Senate who’ve supported continued fracking in the state, often in a play for nods from labor unions. Shapiro even backs a rebate gimmick that would reward car drivers who’d burn more gas.

“Our message to elected officials is that the crisis of the moment is climate change, and all the other things are not the crisis of the moment” — including $5-a-gallon gas prices, Karen Feridun, the leader of the anti-fracking group Berks Gas Truth, told me. Earlier this month, Feridun and other activists staged a three-day climate convergence in Harrisburg which included mostly young protesters installing a digital “countdown clock” to the year 2030, by when scientists say meaningful rollbacks of greenhouse gas pollution must occur.

It’s hard to see how that happens in Pennsylvania among the current crop of candidates from both parties, although it’s clear that the five-alarm fire would be the election of current state Sen. Mastriano, a climate denier steeped in the Christian nationalism of unlimited drilling. “We are going to open up fracking like you wouldn’t believe it,” Mastriano said in one debate before his landslide primary victory, and he has sponsored legislation to allow fracking on pristine state lands and pull Pennsylvania back out of a climate-fighting compact of states, the Regional Greenhouse Gas Initiative, or RGGI.

David Masur, the executive director of PennEnvironment, told me that Mastriano is “totally kowtowing to the fossil fuel industry.” In contrast, Democratic candidate Shapiro, the current attorney general, convened a grand jury that condemned environmental practices in the oil-and-gas industry and filed criminal charges against large drillers. Masur said he believes that record shows Shapiro would bring a strong regulatory approach to fight pollution, and that his strategy would be “death by 1,000 cuts to solve climate change.”

Perhaps. Shapiro is also saying the right things about cleaner energy like wind and solar and electric vehicles — rarely mentioned by Republicans despite the potential for job creation. But Shapiro, like most leading Pennsylvania Democrats in the fracking era, wants to make the process of drilling for fossil fuels safer, not ban it. And the gubernatorial hopeful also seems to capture the desperate air of political expediency in 2022 by making a signature proposal of his call for a $250-per-registered-vehicle rebate, which manages to reward gas guzzlers while doing nothing for folks who take mass transit or bike, or for families that can’t afford a car.

Also demonstrating this fraught moment is the political evolution of the two major-party candidates for Senate: Fetterman and Oz. In his first long-shot Senate campaign, running as more of a Bernie Sanders-style progressive, Fetterman actually supported a ban on fracking. But he drifted away from that once he was elected lieutenant governor in 2018 — endorsing Gov. Tom Wolf’s scheme that would have locked in fracking by taxing drillers to pay for infrastructure, forging ties with labor unions that support fossil fuel projects, and altering his shtick to appeal to rural voters.

But it wasn’t only Fetterman who drifted right even as the warnings from climate scientists grew more dire. In 2014, Oz — the celebrity TV doctor — co-authored a health Q&A in which he said it was “a fact” that fracking is polluting the air and water supply with “toxic chemicals” and bemoaned the medical impacts. Flash forward to 2022 when Oz is now a post-MAGA Republican candidate pandering — successfully, in the end — for Donald Trump’s endorsement, and he is on TikTok at a gas station ranting, “Back off Biden and give us the freedom to Frack!”

Most experts believe the Fetterman-Oz race is critical to the future balance of power in a Senate that is currently 50-50 and has seen coal millionaire Democratic Sen. Joe Manchin of neighboring West Virginia prevent meaningful legislation to combat climate change. So the Overton window shifting further away from aggressive action is concerning, and the Democrats’ have-it-both-ways approach could have unintended consequences.

“I feel like the system is being gamed,” Feridun said, with the two parties staging a debate over long-term, incremental measures like RGGI while the urgency of the 2030 deadline for more radical actions — and the climate countdown clock — is ignored. I spent some time at the climate convergence event in Harrisburg as the moderator of a panel of youth climate activists ranging in age from 25 down to 14. They were virtually unanimous in their growing frustration with the two-party system and the lack of climate urgency.

Of course, the denial of the Republicans is worse than the dithering of the Democrats. But young voters under age 35 already have historically low rates of turnout in midterm elections, and now Biden is posting an appalling 25% approval rating with this group, the lowest of any age bracket. It’s regrettable but also realistic to expect a lot of these folks to stay home in November, in an election in which their key issue has been belittled and ignored. When it comes to fighting climate change, Pennsylvania may be off the clock by 2023.