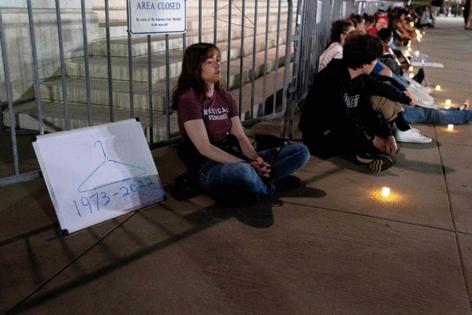 In 1997, my wife Janie and I welcomed our first child, a healthy daughter born after an uncomplicated pregnancy. The baby thrived and became the light of our lives.

In late 1999, we chose to try. Once more, Janie quickly became pregnant. Janie’s pregnancy survived the first trimester, and we were thrilled when the March 2000 amniocentesis test was normal. We started thinking about names and how to tell our daughter that she was going to have a baby brother.

About 20 weeks into the pregnancy, Janie and I went for a routine appointment — sometimes called “the happy ultrasound” — which turned out neither routine nor happy. We sat stunned as the doctor told us that the fetus appeared to be in acute distress. The doctor immediately referred us to pediatric cardiologists.

The cardiologists ran more tests and gave us a grim diagnosis: The fetus was already in congestive heart failure due to a rare defect (truncus arteriosus with a stenotic valve). No in utero surgery or other treatment could help, they told us, and the fetus had a 10% likelihood of being born alive. Even if born alive, the baby would be on life support, in pain and with a 1% chance of surviving 12 months.

We desperately wanted this pregnancy to succeed. We went to a second set of cardiologists, but they confirmed the prognosis. Undeterred, Janie searched for answers online and visited a nearby medical school library — with no better results.

What to do? When we asked the doctors what they would choose in our shoes, they all — men and women, young and old — said that they would abort the pregnancy. Still, we agonized. Although we support women’s right to choose, deciding whether to terminate a specific pregnancy — ours — was agonizing. After all, we would not have repeatedly tried if we had not truly wanted more children. Moreover, Janie and I believed that we should love a child regardless of any disabilities.

On the other hand, what would it mean to go through with a birth, however unlikely the baby’s survival might be? Our child would know only suffering in a hospital for however long — or short — his life was.

We felt grief and helplessness. Still, we had to decide quickly. Although we discussed the question with each other, I told Janie that I would defer to her and support her decision. After days of talking — really, sobbing — we agreed on an abortion.

We chose a clinic that specialized in second-trimester abortions. Sadly, given the history of attacks by people who believe physical violence toward health care providers is an appropriate and effective way to protect the sanctity of life, the clinic was hidden in an unmarked building behind very tall shrubs. Inside, we saw other couples, the women sitting with swollen bellies, who looked as devastated as we were. I imagined that their stories were all different. But we shared sorrow.

After the surgery, we learned that sometime between our first visit with the clinic and the procedure, our fetus’ heart had stopped beating, and the fetus was already beginning to decompose. Today, more than two decades later, I still choke up thinking about it. So does Janie, with still deeper pain.

Still, the looming reversal of abortion rights underscores that our ordeal could have been worse. What if abortion had been banned in California and Janie had undergone a back-alley second-trimester abortion? Where could Janie have safely sought treatment if she had suffered complications after? Would the price of a subsequent emergency room visit have been criminal prosecution?

Alternatively, what if Janie had been forced to continue with the pregnancy? The fetus’ heart could have stopped beating without her knowing. She could have died from a blood clotting complication that can result from carrying a decomposing fetus.

Instead of a ban, abortion could have “merely” been restricted, requiring that Janie be counseled, interviewed, re-tested and otherwise second-guessed. If Janie had to wait to go through one-size-fits-all processing, she would have been forced to suffer the trauma of carrying a doomed fetus and faced an increased risk of complications.

Had we needed to, we would have had the means to travel to another state or country that allowed abortion. But the burden would have made our loss that much more difficult, barring us from access to Janie’s regular OB/GYN and the assistance of family and friends. Less fortunate women might have no travel options to begin with.

I reject any notion that Janie’s and my experience was typical. Indeed, I doubt that a “typical” abortion exists. Each decision about abortion is unique. I can imagine family or friends who, under their own circumstances, might have chosen to continue with the pregnancy.

Our daughter is now an adult. I hope that she never has to endure a heartbreaking pregnancy. If she does, I despair at the thought of her not having the right to choose.

John Caragozian is a retired lawyer and business executive in Los Angeles.