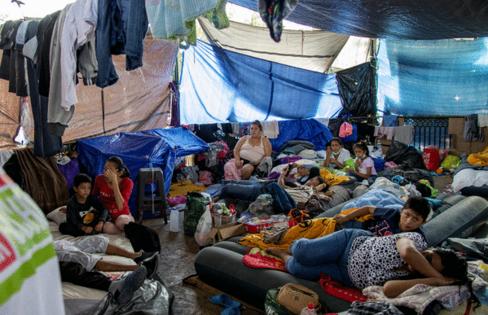 Since Title 42 became synonymous with the policy that has, for more than two years now, been used summarily to expel would-be asylum-seekers at the southern border, readers might be surprised to learn that it is one of two major federal rules issued under the same section of law to be subject to a controversial court ruling in recent months. The other is the CDC’s transportation mask mandate, which had compelled travelers to wear masks on airplanes and other transit and was struck down last month.

The divergent Title 42 rulings highlight the horribly politicized state of the American judiciary, as two jurists, both appointed by President Donald Trump, took wildly different approaches to interpreting similar authorities to arrive at what appears to be a preferred conclusion.

In the case of the mask mandate, Florida District Judge Kathryn Mizelle (married to a Trump-era Homeland Security general counsel and rated not qualified by the American Bar Association) concluded that the CDC’s power to combat communicable diseases by imposing “sanitation” standards did not extend to mask-wearing, an incredibly narrow interpretation that flew in the face of medical understanding. But Mizelle effectively said she had no choice; the letter of the law was what it was.

Mizelle was also unmoved by the reliance that had developed around the mandate, to the extent that travelers were left trapped inside airplanes with passengers who ripped their masks off as soon as the order was announced.

In the litigation over the border policy, however, no judge has seen fit to strike it down despite the fact that the concept of expulsion doesn’t even feature in the law and is a fully implied power. Recently, Texas District Judge Robert Summerhays decided that the government must keep the order in place, in part because the suing states of Texas and Missouri (which is not a border state) have come to depend on it, even though Congress gave the CDC the power to make that determination.

In short, the exact words written in a statute are tantamount, except when it’s convenient to ignore them.