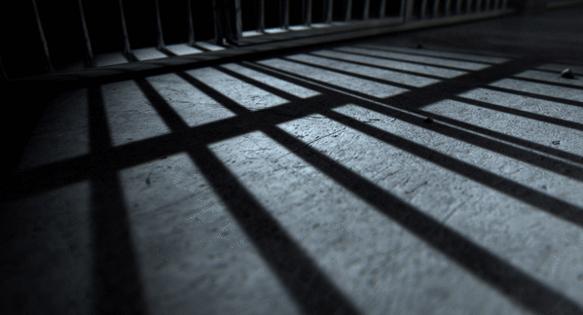 As 2022 begins, many may view with relief recent verdicts and actions in the U.S. justice system that may at long last signal a shift toward equal justice.

The sentencing of the three men convicted of the murder of Ahmaud Arbery, including two sentences of life without the possibility of parole, adds to the news of the recent conviction of former police Officer Kim Potter in Minnesota on manslaughter charges in the death of Daunte Wright.

But injustice still exists in courtrooms and classrooms across the country and across history with roots in the juvenile justice system.

A recent expose of a Tennessee judge, Donna Scott Davenport, reveals she has been taking Black youths out of school and sentencing them to jail for more than 20 years. She still sits in her courtroom.

Davenport has been in her elected judicial position for more than two decades, despite her record and the public outcry at her treatment of Black children. The recent investigation only adds to the evidence that the juvenile justice system nationwide has a shockingly consistent history of arresting children — primarily Black — for noncriminal offenses.

As a leader in an Equity or Else movement, with community groups from numerous states including Illinois, which recognize the critical need to address the racism embedded in virtually every U.S. institution, I see this recent expose as emblematic of the epidemic of racism.

That epidemic has left in its wake a nationwide education and juvenile justice system that has created and feeds a school-to-prison pipeline, disproportionately ensnaring Black, brown and Indigenous children in a trap that can last a lifetime.

Adolescents who attend schools with high suspension rates are substantially more likely to be arrested and jailed as adults, according to the fall 2021 issue of the journal Education Next. Researchers found that Black male students are more than three times as likely to be suspended from school as white male students.

“There is, in fact, a school-to-prison pipeline,” the researchers concluded. “We find that the negative impacts from strict disciplinary environments are largest for minorities and males, suggesting that suspension policies expand preexisting gaps in educational attainment and incarceration.”

These environments are punctuated by so-called school resource officers — police stationed in school buildings. More than 1.5 million Black, brown and Indigenous K-12 students are attending schools that have a resource officer but no counselor, guaranteeing that many of these students will be left behind. The violence inflicted upon Black and brown children by school resource officers nationwide must stop. They don’t make our schools safer, and their presence means schools lose precious resources that could be used for counseling and social services.

White-majority schools have always offered much more in core curricular classes, Advanced Placement opportunities, after-school programs, guidance counselors and student supports. Some examples from the Journey for Justice Alliance’s “Failing: Brown v. Board” report elucidate what equity would mean for students of color:

The report concludes: “This is racism in action.”

The Equity or Else campaign’s major goal is sustainable community schools. The 2022 federal budget would allocate $440 million to establish such schools, reversing the trend of privatizing public education through charter schools. The movement for equity in public education aims to make American schools more welcoming and truly safe spaces for all children where they can look forward to learning.

Culturally relevant and challenging curriculum, supports for high-quality teaching, wraparound supports for every child, a student-centered school climate, and meaningful parent and community engagement make for the types of schools all children deserve.

In an America where many claim to care about racial justice, it is past time to require zero tolerance for racism toward Black, brown and Indigenous children and communities.

Jitu Brown is national director of the Journey for Justice Alliance, a collaboration of grassroots community, youth and parent-led organizations, and a racial equity global fellow with The Atlantic Institute.