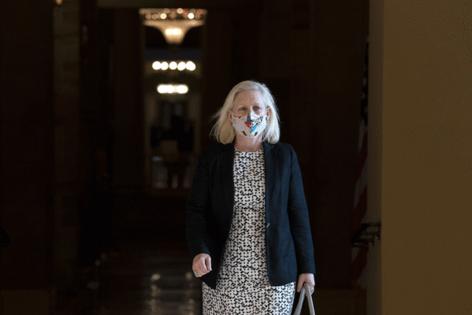 A few years ago, it would have drawn jokes and scorn. But given the continuing mystery over what, exactly, U.S. military pilots are seeing in the skies, a congressional proposal to create an “Anomaly Surveillance and Resolution Office” — an office to investigate what used to be called UFOs — makes sense.

This is no laughing matter. In 2017, The New York Times reported that the U.S. military was gathering data from pilots who had reported unexplained encounters during their flights. Recently released video of some of those encounters defies conventional explanation — objects moving at speeds and in ways that don’t conform with current aviation technological capabilities. And unlike most of the wack-a-doodle stuff from UFO culture, the Pentagon confirms those videos are real.

It’s not to say these are little green men. This could be Russian or Chinese or North Korean technology being taken out for a test-drive under the noses of American military pilots to gauge U.S. reaction. Among the most startling aspects of the Pentagon’s recent new openness on this topic is its acknowledgment that this isn’t one or two or a half-dozen unexplained encounters. It’s happening with relative frequency, often in restricted airspace.

The acronym UFO — unidentified flying object — was a military creation from the 1950s but has since then been so thoroughly commandeered by pop culture that the military has ditched it and now uses a new acronym: UAP, for “unidentified aerial phenomena.” (No doubt it’ll appear in the title of a Steven Spielberg film some time soon.)

The Pentagon this summer issued a report on UAP sightings that raised more questions than it answered. It found no solid evidence that the still-unexplained sightings were from global adversaries or … something else … but it encouraged political leaders to begin taking the issue more seriously than they traditionally have.

Not so long ago, it would have sounded like science fiction, but today it makes perfect sense that Sen. Kirsten Gillibrand, D-N.Y., is proposing creation of the Anomaly Surveillance and Resolution Office, dedicated to investigating these sightings as they occur. Gillibrand has introduced an amendment to the National Defense Authorization Act establishing the office.

“If it is technology possessed by adversaries or any other entity, we need to know. … Burying our heads in the sand is neither a strategy nor an acceptable approach,” Gillibrand told Politico last month. “I can count on one hand the number of hearings I had in 10 years on this topic. That’s fairly concerning given the experience our service members have had over the last decade.”

The idea has wide bipartisan support — a rarity these days, and an indication of how seriously this once-snicker-inducing topic is now being taken in Washington. For once, Washington is right.