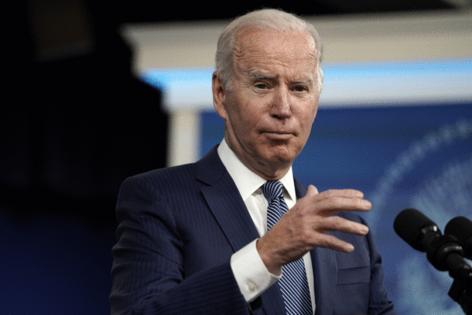 “No one pretends that democracy is perfect or all-wise,” said Winston Churchill in 1947, leading up to one of his most famous aphorisms: “Democracy is the worst form of government except for all those other forms that have been tried from time to time.”

Churchill was understandably vexed, since he had been recently voted out as prime minister after leading Britain to victory in World War II. Yet the British leader’s sour comment offers a useful framework for President Joe Biden’s virtual Summit for Democracy, which takes place Dec. 9-10 and will bring together leaders from more than 100 governments, along with leaders from civil society and business, to focus on growing challenges facing democracies.

There are many reasons to question the summit’s usefulness. But there is no reason to question Biden’s belief that liberal democracies face their biggest threats since World War II.

“We’re in a contest, not with China per se [but] with autocratic governments around the world as to whether or not democracies can compete with them in a rapidly changing 21st century,” Biden said at a June news conference.

In other words, can democracies that value free elections and individual rights still deliver for the people? Or, contrary to Churchill, can autocratic regimes such as China deliver more to their public?

Those queries can hardly be resolved amid the cacophony of a massive summit — or in the planned follow-up and second summit a year from now. But at least the questions will be aired.

In fact, the most useful aspect of the summit may be to get the issue of democracy back on the global agenda — and into the public discourse here.

“The liberal West has been in retreat, and advocacy for democracy has been absent,” says Steven Levitsky, coauthor of "How Democracy Dies" and a Harvard University government professor. “The summit is an initial step to get democracy promotion back on the agenda.”

I hope that means an open debate at the summit about the internal threats to democracy in the United States.

The dangers posed by the GOP’s continued attacks on the basic constitutional principle of free elections should be obvious. They certainly are to our democratic allies abroad, to most Democrats, and to principled Republicans such as Rep. Liz Cheney.

But in a right-wing bubble, where Fox News hosts praise the Jan. 6 insurrectionists, where Donald Trump still campaigns on the Big Lie of a stolen election, and where the GOP tries to ensure minority rule by legal manipulation, truth is turned on its head.

Hopefully, the summit will clarify how America’s image as the (flawed) bastion of global democracy has been tarnished by the GOP’s war on democratic principles. As a November Pew Research poll demonstrates, few people in other developed nations — or in the United States — now view American democracy as a good example for other countries to follow.

Some reasons will become obvious at the meeting next week.

For example, a spotlight might be cast on the GOP fascination with Hungary — a country disinvited from the summit because of its increasingly authoritarian leader, Viktor Orbán, who has curtailed political and press rights. He brags that Hungary now has an “illiberal” democracy.

Yet former Vice President Mike Pence recently joined Orbán at a conference on “family values” at which Orbán attacked Western liberalism. Orbán is also a favorite of Fox News’ Tucker Carlson and of Donald Trump.

In fact — as the summit should make clear — the very term democracy is under challenge globally.

The Chinese and Russian ambassadors, in an astonishing article in the National Interest, attacked the summit for failing to respect their “democracies” (neither country was invited). China is a “whole-process socialist democracy” and democracy is the “fundamental principle” of Russia’s political system, the article proclaimed. The article dumped on democratic elections and claimed Chinese and Russian “democracies” were better able to deliver “human progress” to their people.

This is the kind of claim that was easily debunked during the Cold War with the Soviet Union. But given GOP leaders’ fascination with backsliding democracies — and Trump’s romance with autocrats and disdain for democratic allies — it’s not clear whether one of America’s major parties still believes liberal democracy is the best choice.

The Summit for Democracy has at least the potential to make the distinction between liberal democracy and its alternatives. The discussions should also focus on the danger to democracies posed by ugly politics of the kind witnessed daily in our country.

Xi Jinping has made clear he believes democracies are so internally divided they can no longer compete with autocracies, especially China. “He [Xi] is deadly earnest about becoming the most significant, consequential nation in the world,” Biden told reporters. “He and others — autocrats — think that democracy can’t compete in the 21st century with autocracies because it takes too long to get consensus.”

When it comes to the United States, right now Xi looks right on the money — and the fate of our system will reverberate in other democratic countries. “We have to prove democracy still works. That our government still works — and can deliver for the people,” Biden said in March.

The Summit for Democracy could show Americans what they face if our democracy fails.

Here come the one-year retrospectives of Joe Biden’s presidency as the anniversary arrives this week. Here are some guidelines for assessing them, beyond the obvious advice to be wary of partisans who would praise or pan...Read More

As the warmth of the holiday season ebbs, Americans are taking a cold look at their Christmas gifts. Many don't like what they see.

One in 4 Americans expects to return at least one holiday gift by next weekend, according...Read More

Marilyn Mosby is many things to many people. Baltimore’s state’s attorney has been a rising political star. She is smart, energetic, progressive, reform-minded and the source of some pride within the city’s Black ...Read More

As the nuclear negotiations between the world powers and Iran approach a denouement, the Biden administration is turning up the heat on … Donald Trump!? Facing a Republican clamor against reviving the 2015 deal, the ...Read More

On Jan. 7, the U.S. Supreme Court heard sound evidence why the federal government should be allowed to require employers of more than 100 to order workers to get vaccinated against COVID-19 or wear masks and take weekly ...Read More