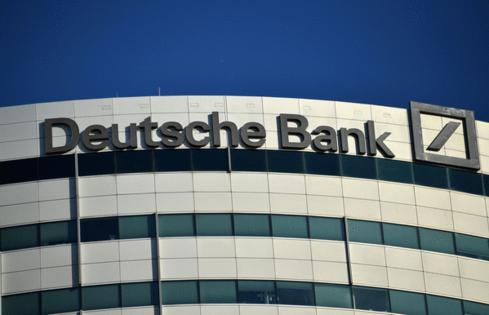 Recently, a former employee of Deutsche Bank hit the jackpot. The U.S. Commodity Futures Trading Commission awarded this publicly unnamed whistleblower almost $200 million for supplying “specific, credible, and timely original information” that aided the agency in its investigation into the illegal rigging of inter-bank interest rates. This was the largest whistleblower payment in history.

The former bank employee now joins a select group of whistleblowers who not only spoke out and were heard by the authorities, but also were rewarded handsomely for their effort. The system worked this time, but far more often those who attempt to blow the whistle are ignored, silenced and punished.

West Point graduate and Gulf War veteran John Kopchinski is also a member of this group. Although he ultimately received $51.5 million for informing authorities about illegal sales practices at Pfizer, Kopchinski’s road to fortune was anything but easy.

Working as a sales rep at the pharmaceutical behemoth, he had become increasingly uneasy about how Pfizer pushed him to get doctors to prescribe the nonsteroidal anti-inflammatory drug Bextra for unapproved uses and allegedly at ever higher doses. Kopchinski had tried to alert his superiors about bad practices, but was frustrated that the “ethical line kept moving.” He even lost his $125,000-a-year job. And over the course of the six-year legal battle, he almost entirely depleted his retirement savings.

Whistleblowing is not for the faint-hearted. For every Kopchinski, there may be tens of thousands of disgruntled employees who never see justice, let alone compensation for their costs. Brave employees who do speak out can face tremendous repercussions. They risk being demoted, fired or forced to quit under duress.

Consider, for instance, a highly trained nuclear physicist whistleblower who was moved to a broom closet and put to work in the mailroom. Whistleblowers also have a hard time finding new employment as they are blacklisted as “troublemakers.” And over the course of the complaint and legal process, they not only risk losing income, but also often face insurmountable legal fees. On top of this comes personal stress, frequently fueling divorce and substance abuse.

Facing such daunting obstacles, it is unlikely that employees become whistleblowers for personal profit. Some may do it for practical reasons, for instance in the hope that they will avoid being prosecuted themselves. Others, like Kopchinski, may simply wish to see justice and make things right. They want the company to end its illegal and damaging practices. This is also the reason our laws provide whistleblower protection. Having employees inform authorities about illicit corporate practices should help uncover major forms of abuse that remain hidden inside. In theory, blowing the whistle should help prevent further wrongdoing.

Unfortunately, there is very little evidence that whistleblowing is effective. Prior to Kopchinski, Pfizer had already faced another whistleblower complaint about illegal sales practices at one of its subsidiaries regarding another drug, Neurontin. Apparently, this earlier case did little to change the corporate strategies.

Studies have demonstrated an uncomfortable truth: In the instances when employees do overcome all obstacles and speak out, it does not necessarily lead to permanent change. A study of the whistleblower provisions in the Sarbanes-Oxley Act, the 2002 law adopted to prevent corporate and accounting scandals in the wake of what happened at Enron and WorldCom, concluded that whistleblowers did not help uncover the vast corporate fraud that resulted in the 2008 financial crisis.

To fix corporate misconduct, we need to look beyond the rare successes of the few whistleblowers who got payouts and media attention. Employees have a crucial role to play, as they have the best view of what happens inside corporate America. But they can only do so if they are empowered within their organizations to call out misbehavior when they see it, even when it concerns powerful executives, key sources of income and deviant behavior that has come to be accepted internally. This requires more than legal protection on paper against retaliation, or the off chance to win a big reward, but deeper corporate reforms. And change has to come not just in the company the complaint addresses but also in its competitors who may engage in similar misconduct.

One option would be to introduce corporate works councils, which exist by law in Germany and France. Through the councils, elected employee representatives have a direct say and approval power in key corporate decisions. Another approach is to empower workers more by halting the ongoing attacks on unionization.

Whistleblowing is one way to attack corporate malfeasance. It can help protect our environment and avert the next Deepwater Horizon oil spill or Volkswagen emissions scandal. And it can defend our privacy and democratic institutions from major tech companies. But for it to succeed, all employees must know that they can come forward without facing retribution and that their reports can lead to real change.