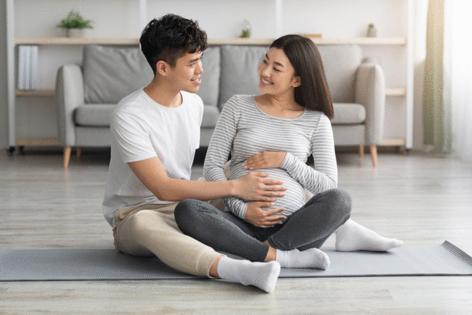 The media have been awash in hand-wringing stories from reporters and columnists concerning 2020 census data showing a decline in the rate of population growth from 2010. A major newspaper editorial with the headline “A quickening U.S. baby bust” went so far as to opine that such “demographic stagnation” may lead to “diminished national stature.”

The sky-is-falling nature of this coverage is faulty and a distortion, especially in the region in which we live. Population growth and sprawling development are choking highways with huge daily traffic jams with vigorous debates over expanding roads, toll roads, and new transit lines. Schools are overcrowded, forests and natural areas are disappearing, and the quality of life is declining.

The facts are that the population of the U.S. is not declining, nor is it in danger of declining anytime in the foreseeable future. From 2010 to 2020, the U.S. grew by 23 million people — that’s almost four Marylands. This increase was almost the same as the average increase per decade from 1960 to 1990, and much more than the decades of the early 20th century. In the last 20 years, there were nearly 50 million people added to this nation. Maryland, already the fifth most densely populated state, grew by more than 400,000 people since 2010.

The Census Bureau projects U.S. population will continue to grow substantially even under modest immigration assumptions. A 2020 U.S. Census Bureau report found that despite a slowing rate of population growth, the U.S. population is still expected to grow by 79 million people by 2060 crossing the 400 million mark in 2058. That’s 1.8 million more people per year. Is this “demographic stagnation”?

Furthermore, doomsayers rarely note that there were 3.6 million children born in 2020 and 3.7 million in 2019.

But they do note the grave repercussions of such a nonexistent “birth dearth” or “baby bust” and the rate of population decline from it. They foresee a potential economic collapse, a huge tax burden because of so many elderly and not enough worker bees, a decline in U.S. technology and global competition, and even a threat to national security.

The economy advanced quite well without the rather draconian and costly measures the pundits call for to have women bear more children. Note that 40% of children born in 2020 were born out of wedlock, and all too many were born to pre-teen mothers.

The decline in the fertility rate should be celebrated as it is a sure sign that a country has elevated the status of women, who are well educated with expanded employment opportunities and who have control over their reproduction. This is surely good news for an advanced civilization.

I learned 50 years ago that there is hardly any environmental problem we have that is not exacerbated by population growth — global warming, the extinction crises, water shortages, polluted air and water, deforestation, the loss of open space, sprawling development, traffic problems — all are worsened by growth in the human population.

Economic growth does not require population growth. We can grow our economy by productivity advances through education and technology. We live in a world of finite resources with food, water and health care insecurity. With slower population growth, we can make greater progress toward resolving these issues and boost our productivity as a nation and the quality of life for all of us.

These truths were recognized by a bipartisan group of Senate leaders who introduced the Global Resources, Environment, and Population Act of 1981.

The legislation declared as U.S. policy the promotion of national population stabilization and the encouragement of other nations to achieve population stabilization. Lead sponsor Sen. Mark Hatfield, an Oregon Republican, was joined by five other Republicans including future Secretary of Defense William Cohen of Maine and Maryland Sen. Mac Mathias, along with five Democrats including conservative Max Baucus of Montana and Senators Bill Bradley and Gary Hart.

This legislation was introduced during a period with the same increase in U.S. population as now.

There are limits to growth, and slowing or ending population growth should be a goal and a mark of progress in the advance of civilization.