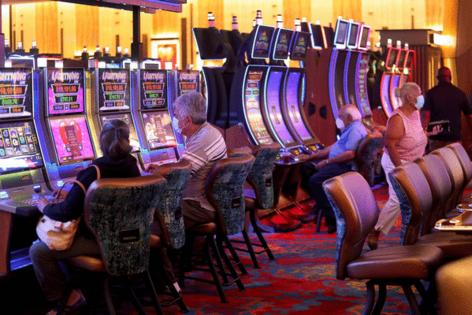 The federal judge in Washington, D.C., who tossed out the Seminole Tribe gambling deal in Florida late Monday said it was built on a “fiction.”

Boy, was she right.

The gambling “compact,” crafted by Gov. Ron DeSantis and the Tribe — and approved by a roll-over Legislature last spring — was based on Florida’s nonsensical claim that the online sports betting it authorized was actually occurring on Indian lands by having all bets go through a server on tribal property. Lawmakers obviously chose the wording in the hope of getting around a 2018 constitutional amendment that says only voters can expand casino gambling in the state.

The judge saw right through them.

“When a federal statute authorizes an activity only at specific locations, parties may not evade that limitation by ‘deeming’ their activity to occur where it, as a factual matter, does not,” Judge Dabney L. Friedrich wrote. The court, she added, “cannot accept that fiction.”

In other words, no matter how the lawyers dressed up that idea, it was actually a whole lot of hooey. Illegal, in fact. We couldn’t agree more.

The ruling was a refreshing burst of truth — refreshing because we’ve become so accustomed to ridiculous lies that a child could see through being repeated as truth by our leaders. Donald Trump is the chief practitioner of this, by continuing to claim without any basis in reality that he won the 2020 election, and DeSantis has learned at his feet, encouraging anti-vaxxers and claiming Florida is “doing great” while gazing fixedly past the more than 61,000 COVID-19 dead on his watch.

Friedrich’s commonsense words amount to a ringing condemnation of the make-believe that DeSantis and company tried to pass off as valid here in Florida. Not only did she toss out the new deal, she told them the only real cure is to go back to the old gambling deal that Florida had with the Seminole Tribe from 2010.

She also noted that a citizens’ initiative might work, if voters — not lawmakers — really want to have sports betting across the state. Republicans, by the way, have repeatedly tried to make it harder for citizens to change the Florida Constitution through petition drives.

The decision is a big, public smackdown for DeSantis and the Legislature. And it’s a long-sought win for our community. Miami businessmen Armando Codina and Norman Braman, the No Casinos group and the owners of Magic City Casino and Bonita Springs Poker Room filed a number of separate lawsuits accusing the federal government of improperly approving the gaming compact in violation of federal Indian gaming law.

It’s also a victory for the truth.

Our governor and legislators tried to pretend that placing a bet from your couch in Miami is the same thing as placing a bet at the Hard Rock Casino many miles away. It’s not, but it took a federal judge to put a stop to such nonsense.

She called it “a fiction.” We call it by something a bit plainer: a lie.