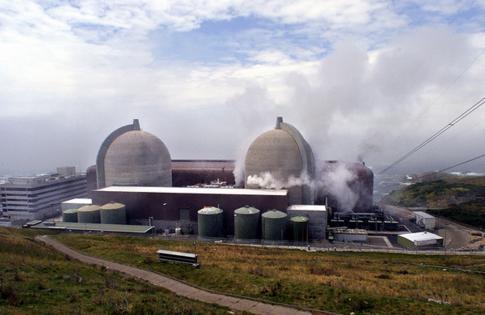 The Diablo Canyon nuclear power plant is scheduled to close when its federal 40-year license expires in 2025 — marking the end of nuclear power generation in California. This schedule was set in a complex multi-stakeholder process approved by state regulators in 2018, and modifying it would be at least as complex.

However, much has changed in the last few years, underscoring the need to revisit this decision — including rolling blackouts in California in 2020, global awareness of the need for greater ambition in reducing greenhouse gas emissions and a better understanding of the limitations of existing technology within a reliable and resilient system. Reconsidering the future of Diablo Canyon is now urgently needed in advancing the public good.

At the global climate talks in Glasgow, Scotland, the nearly 200 nations attending acknowledged the need for deep reductions in carbon emissions by mid-century. California deserves credit for leading the way in transitioning to a zero-carbon economy. Groundbreaking legislation requires all sources of electricity in the state to be emission-free by 2045. Former Gov. Jerry Brown directed the state to achieve economy-wide climate neutrality by the same date. And Gov. Gavin Newsom signed an executive order last year requiring all new cars sold in the state to be zero-emission, starting in 2035.

The effects of climate change are unmistakable and severe around the world and in California, with record temperatures, drought and wildfires of unprecedented ferocity and destruction. Moving toward deep decarbonization is of paramount importance.

Timing matters. Most of the carbon we emit today stays in the atmosphere and warms the planet for centuries. To avoid the worst effects of climate change, we need to avoid carbon dioxide emissions even as we aim to reach zero emissions by mid-century.

Today, the Diablo Canyon Power Plant accounts for 15% of California’s carbon-free electricity production, and 8% of overall electricity output. Natural gas accounts for almost half of California’s generation. Without nuclear power, even as deployment of renewable power expands, California will have to increase reliance on gas-fired peaker plants (power plants that run when energy demand peaks) at a time when we need all the clean power we can produce. Congress and the administration recognized the importance of existing nuclear power by providing incentives to keep nuclear plants running in the bipartisan infrastructure law.

The researchers found that an inclusive strategy that preserves the clean electricity from Diablo Canyon will augment new energy generation from renewables and other sources of clean power. We need to increase renewables at a massive scale, but that will take decades, so any zero-carbon source we retire today will set us back years on the zero-carbon journey.

Carbon-free power is also essential for system reliability and resilience because, beyond the short-term variability, there are weeks and months when wind and solar power are low and storage technologies are of inadequate duration. This is not an either/or situation: California needs both Diablo Canyon and renewables to significantly reduce emissions over the next two decades.

Keeping Diablo Canyon running through 2035 would cut carbon emissions from the electricity sector by 11% annually compared with 2017 levels and save ratepayers billions of dollars — an estimated $2.6 billion through 2035 and up to $21 billion by 2045. It also would alleviate the need to develop 90,000 acres of land for renewable energy production just to replace the facility’s capacity.

But the potential benefits of preserving Diablo Canyon go beyond generation of more clean electric power.

The MIT-Stanford study found that Diablo Canyon could be repurposed to become a power source for water desalination and for clean hydrogen production, operating as a polygeneration facility. Diablo Canyon’s continued operation would thus help address three of the state’s largest challenges: energy reliability, persistent drought, and the transition to emission-free transportation and industry — two sectors that are challenging to decarbonize.

The challenges here in California and globally are bigger than ever and the window of opportunity to mitigate climate change is closing fast. Extending the license of Diablo Canyon buys critical time for the innovation needed to reach net-zero emissions. An important example would be developing cost-effective long-duration electricity storage, an enabler for variable renewables at very large scale.

Revisiting the decision to close Diablo Canyon will involve many stakeholders, including federal regulators needed to permit restart of the license extension process. But that dialogue needs to happen because the stakes are so high.

Reimagining Diablo Canyon’s role in California’s energy future is an opportunity we cannot afford to ignore.