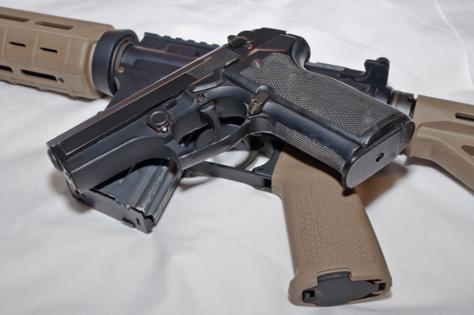 Pennsylvania is among the 14 states that do not, on a statewide basis, require a permit to carry a firearm openly, but do require a permit to carry a concealed weapon. Republican legislators are promoting a bill to end this distinction in favor of permitless carrying — so-called “constitutional carry.” If the bill were to pass and be signed into law, the commonwealth would become the 22nd state to adopt such a policy.

Let’s get one point out of the way: The bill will pass the Legislature, but it will not be signed into law, at least by Gov. Tom Wolf. In fact, the point of this bill is not to become law at all, but rather to force Democratic legislators in competitive districts to cast a vote that will either enrage their party’s base or enrage their home district’s voters.

Its introduction has been timed perfectly to allow ample time for the creation of mailers and television ads lambasting the incumbents either way.

But let’s pretend that this bill is a serious piece of legislation — because it will be if Republicans retake the governor’s mansion next year. Should there be one permitting standard for carrying a firearm, no matter how it is carried?

We think that there should be, and that the standard should be with a state-issued permit. Permits are a minor inconvenience for gun owners, but they pay dividends in safety and peace of mind.

Pennsylvania is a “shall-issue” state, which means that permits are to be issued without question to lawful gun owners who meet basic requirements.

The primary requirement that is of interest to us is passing a certified firearm safety course — many of which are offered by the National Rifle Association.

Responsible gun owners protest that this requirement is unnecessarily invasive in part because safety is the highest principle in firearm culture. In places where guns are commonplace, contrary to stereotypes indulged by some city slickers, gun safety is usually taught from a young age. Young people in these communities learn how to be safe with and around guns in the same way all young people learn to be safe with and around all dangerous objects.

But the truth is that firearm ownership is expanding, and many novices do not have the benefit — at least right away — of a knowledgeable community of experts. Requiring a gun safety course to receive a permit not only ensures that every gun owner has a baseline of competency; it also ensures that every gun owner comes into contact with, and hopefully joins a community of, enthusiasts who value safety above all else, as they should.

Indeed, requiring a permit to carry — either open or concealed — shouldn’t be billed (least of all by gun control advocates) as a vote of no-confidence in the firearm community, but as a expression of trust that their gun-safety expertise can and should be the norm for all gun owners.

The evidence on whether gun carry permits impact crime is mixed, but that isn’t really the point. Rather, the point is: What will respect the right to bear arms while maximizing the safety with which that right is exercised? “Constitutional carry” isn’t the answer; uniform “shall-issue” permitting is.