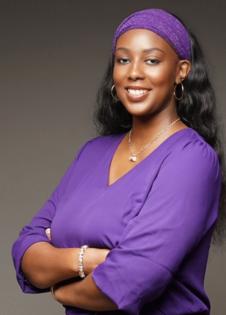 A bit of emotion crept into a 1998 West Des Moines, Iowa, school board election debate when the budget came up. Challenger Alan Koslow faulted the administration for attempting to cut the music program and scholarships to the Des Moines Art Center.

"It made me pretty hot under the collar," Koslow declared.

That was about as hot as it got back then. But this is today, when Tiara Mays, one of two Black women running for school board in the Des Moines suburb of Johnston, gets an anonymous electronic message saying: "Go f--- yourself stupid n----- b----."

This is in civil, neighborly Iowa, where the extraordinary sense of community and kindness lured my family and me back after moving away for a year.

And this isn't even a presidential election year. Mays is running in a suburban district of 7,000-some students.

These days the vitriol, racism, homophobia and suspicions are on display in school board and city council debates around Iowa. Health, education and policing issues have been politicized in novel ways, generating new kinds of culture wars — against racial equity measures, civil rights for LGBTQ people, health mandates and separation of church and state.

"A wave of conservative candidates and their supporters are urging their neighbors to take their frustrations to the polls," the Register recently reported. Although the races are nonpartisan … they're gaining attention from Republican leaders at both the state and national levels."

And personal attacks are part of the fallout.

Some of those people running to help set school policies were tapped by politicians driven more by broad ideological principles than nuts and bolts teaching and learning issues. In Waukee, the local Republican Party is backing a slate of parents who worry about "harmful ideology" being taught in schools. Four candidates are backed by a political action committee. Republican Iowa Gov. Kim Reynolds has endorsed an Ankeny school board candidate who reportedly helped inspire the law against school mask mandates.

Waukee parents opposing the mandate launched a campaign threatening to pull their kids out of school to spitefully strip funds from the district. They would later re-enroll them after the student count and funding for the year had been set. But the threat apparently sufficiently intimidated the board into voting a mask mandate down even though a federal judge has put a hold on the statewide ban.

At an Ottumwa City Council candidates forum Oct. 18, a question on supporting simple proclamations commemorating LGBTQ celebrations such as Pride Month drew vehement opposition. "When celebrating a minority group we must maintain absolute scientific biological genetics and not behavioral choices," declared candidate Matt Pringle, who paradoxically calls the Bible — not science — his guide on everything.

Mayoral candidate Rick Bick asked if "pedophile" groups would be accorded such "special preference" next. Iowa Starting Line called attention to a YouTube video of the forum.

While these hot-button issues play out, a record number of Black candidates are running in local elections for mayor, city council and school board. That's particularly noteworthy in predominantly white suburban areas that had few residents of color in the past.

In Johnston, Mays, 32, is one of two Black women running for school board. The other is Lya Williams, 45. Both have children in the district and though technically they're competing, along with five others, for three open seats, they call themselves "partners in change." Both have plenty to say on subjects like core competencies, promoting STEM, and education as the great equalizer. They're not just running to represent Black people's interests, and align themselves in approach with incumbents Justin Allen and Jeanie Kerber. But they couldn't help noticing that only after each declared herself a candidate — Mays in early July, Williams on Aug. 1 — other newcomers got in the race. They wonder if that was propelled by fear.

Mays has an MBA, has been an annuities adviser for a life insurance company and currently negotiates contracts for a major health insurance company. She decided to run because "being a Black family and having a Black son already comes with barriers." She quotes data showing half of Johnston's Black students aren't meeting reading and math benchmarks and says the achievement gap must be closed. Mays has a fourth-grade daughter in a Johnston school, but placed her daughter's twin brother outside the district. He has autism and when he attended school in Johnston, she felt the district wasn't doing right by him.

Williams has a degree in agricultural biosystems engineering, but stays home with her 8-year-old son. She calls him "the only chocolate chip" in the cookie batter and says he gets in trouble for minor things for which he needlessly gets written up. "It hurt me when my son a couple of years ago wanted lighter skin," she said.

Williams and Mays are involved with a group called Johnston Parents for Equity and Anti Racism, whose recommendation for an equity committee and budget led to the district's recent hiring of Louis Fountain as director of equity, inclusion and belonging. Williams defines the call for greater equity this way: "Equality means we all get shoes. Equity means we get a shoe that fits us."

Fountain's hiring generated backlash, some of which was aimed at current school board member Soneeta Mangra-Dutcher, also of color, who had spoken up for him. She said she received such "absolutely offensive, hurtful and disgusting" messages for it that she needed people to guard her walking her into buildings.

Some find themselves bumping up against an issue drummed up by the Iowa Legislature last session, the teaching of critical race theory, or CRT. CRT is typically a college-level curriculum. It's been discussed in the aftermath of The New York Times' 1619 Project, looking at the origins of slavery. As Education Week put it, it's the notion that racism "is not merely the product of individual bias or prejudice, but also something embedded in legal systems and policies." Iowa's Republican-dominated Legislature and governor banned the teaching of certain divisive concepts and clearly had CRT in mind, claiming such lessons would lead to unwarranted white guilt. But that hasn't stopped some school board candidates from sounding the alarm about it in K-12 schools.

Conservative Johnston candidate Clint Evans inserted CRT in his campaign literature, claiming it injects race into children's lives in ways that make them feel bad about their race. He wants schools supporting "pro-America curriculum" and prohibiting CRT for its "discriminatory indoctrination principles."

He may not realize that, if you're Black, race is injected into your life when you don't want it to be.

Black candidates are not monolithic. Whitney Smith McIntosh, an active Republican, is running for Southeast Polk school board, a decision she made after Republican state Rep. Skyler Wheeler of Orange City invited her to speak in support of a House bill to ban "divisive concepts" in Iowa schools. She's running as part of a conservative slate.

For minority candidates, seeking office can be a one-step-forward, two-steps-back process. Mays says there has been great response to her and Williams' campaigns. "People we've never met before invite us into their homes because they see the vision."

After the hate message, Mays, who is ebullient, radiates warmth, and is involved with the PTO and finance committee, wrote on Facebook she wouldn't be bullied into quitting. "And when WE win … I’ll make sure to represent ALL students to the best of my ability. "

How do we ensure that the world has access to the COVID-19 vaccines needed to prevent more variants like the latest omicron strain from emerging?

One disturbingly common response to calls from the World Health ...Read More

The media have been awash in hand-wringing stories from reporters and columnists concerning 2020 census data showing a decline in the rate of population growth from 2010. A major newspaper editorial with the headline “A ...Read More

So now that Kevin Strickland is free, after serving more than 42 ...Read More

A couple of decades have passed since the girls and women abused by billionaire Jeffrey Epstein went unheard and unheeded.

It’s been 10 years since his accusers began a campaign to reopen the case against him....Read More

Long ago, in a United States that now seems far, far away, the coming-to-America story of Saule Omarova would be hailed as a stirring endorsement of our nation as a beacon for democracy-seekers. Born in 1966 under the ...Read More

But in battleground states like Florida, it’s one of the issues threatening the sacred democratic process of electing our leaders. You know, the crux ...Read More