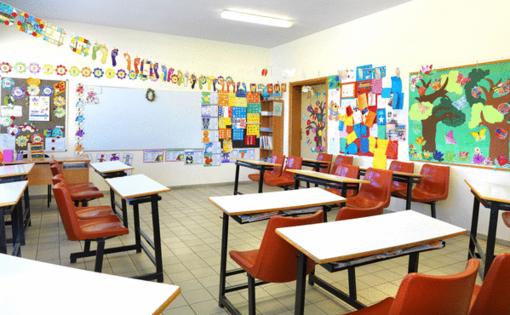 When I was 5 and entering kindergarten in a New York City suburb, my Korean mom, recognizing the importance of being first, gently encouraged me to change my name to Aaron. A stubborn only child, I refused, confused about the proposition.

My first name is Wonpyo. My last name is Yun. In either case, I am near — if not at — the bottom of every roster, with the occasional exception of a Zachary or Zimmerman. Through the pandemic, scrolling through Zoom’s participants tab, I subconsciously remember only the participants with A and B names, having failed to make it down the list.

The fact is, a disproportionate number of Asians and Asian Americans fall to the bottom of the alphabetical order. And that can put them, as well as others near the end, at a disadvantage.

In one class last spring at the Stanford Graduate School of Business, for example, seven of the 11 students at the bottom of the list had names of Asian origin. Ahead of me were a Wang and a Watanabe, behind me a Zhao, a Zheng, a Zhou and a Zou.

What’s the big deal? Research shows that in academic citations, articles listed earlier — alphabetically by author’s last name — were cited more frequently than those later in the list. Stocks with tickers closer to the top of the alphabet have higher trading activity and liquidity. Yet minimal research has been completed on the effect of this bias on individuals by race or ethnicity.

I, too, have been on the other side of alphabetical bias. At my former job at an investment bank, recruiting summer interns, I was instructed to select 30 college juniors to invite for a first-round interview. I opened the resume book, a merged PDF of 240 resumes arranged alphabetically by last name.

Instinctively, I started at the top and by the time I was halfway through the stack, I had already assigned 80% of my interview slots. For the latter half of applicants, I was subconsciously setting a higher bar. I told myself I’d go back, cross-compare and refine my ranking. But after working a gruesome 90-hour week, I never reopened the list and sent it off to HR. Later, I noticed that the Ws, Xs, Ys and Zs had a disproportionately high share of students with Asian last names.

Though I’ve worked hard to be where I am today (I’ve also been lucky), I wonder how many more early looks I might have had, or interviews offered, had I followed my mom’s suggestion of going by Aaron, a name with not one but two A’s. I wonder if I might have developed more confidence with the increased visibility and implicit affirmation of being called first — especially as a shy, late-blooming Asian American who spent his adolescence and early adulthood in the closet.

Asians and Asian Americans fight their fair share of biases and discrimination: the “model minority” myth and consequent “bamboo ceiling”; the lack of representation in the media; and, more recently, the rise and persistence in hate crimes stemming from the COVID-19 pandemic. Why add another challenge, let alone one that has arisen from a mechanical, organizational custom?

The practice of alphabetizing is intimately ingrained in our society. I am not proposing we abolish it but rather calling attention to some of the unintended consequences. Artificial intelligence and other personalized technologies can avoid this bias, but they haven’t been adopted in all circumstances.

In the meantime, there are ways for teachers, employers, stock pickers and others to get around the pitfalls of alphabetical lists. Why not start with the Zs every so often, whether taking attendance in class or creating a guest list? Or print that resume book and throw the pages into the air to shuffle it into a random order? In short, be mindful of your XYZs, as well as your ABCs. A bit of flexibility and creativity could make things fairer for those of us at the back of the line.

How do we ensure that the world has access to the COVID-19 vaccines needed to prevent more variants like the latest omicron strain from emerging?

One disturbingly common response to calls from the World Health ...Read More

The media have been awash in hand-wringing stories from reporters and columnists concerning 2020 census data showing a decline in the rate of population growth from 2010. A major newspaper editorial with the headline “A ...Read More

So now that Kevin Strickland is free, after serving more than 42 ...Read More

A couple of decades have passed since the girls and women abused by billionaire Jeffrey Epstein went unheard and unheeded.

It’s been 10 years since his accusers began a campaign to reopen the case against him....Read More

Long ago, in a United States that now seems far, far away, the coming-to-America story of Saule Omarova would be hailed as a stirring endorsement of our nation as a beacon for democracy-seekers. Born in 1966 under the ...Read More

But in battleground states like Florida, it’s one of the issues threatening the sacred democratic process of electing our leaders. You know, the crux ...Read More