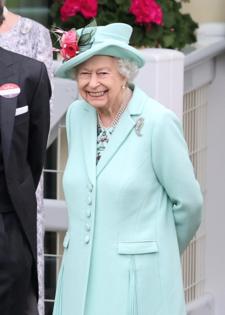 Queen Elizabeth II was caught on a hot mic last week declaring it “irritating” that global leaders who talk the talk regarding climate change won’t walk the walk. It’s a royally accurate assessment. “I’ve been hearing all about COP,” the queen said, referring to the upcoming United Nations Climate Change Conference in Glasgow, or COP26. “Still don’t know who is coming. No idea. It’s really irritating when they talk, but they don’t do.”

The 95-year-old British monarch was referring to the fact that several nations had yet to commit to the conference. But her frustration, voiced by other royals as well lately, gets at wider concerns about the lack of political commitment in much of the industrialized world to solve a global threat brought on by industrialization.

The U.S. is a prime example. With one political party determined to ignore the threat out of fealty to big oil and big coal, America’s response at any given time is dictated not necessarily by science but by the most recent election. It has meant lurching policy changes: an Obama administration committed to progress on emissions, then a Trump administration committed to erasing Obama’s legacy and propping up fossil fuels, followed by a Biden administration that often seems determined to find middle ground. These might be generally good approaches in politics, but not when it comes to the very survival of the planet.

As if to complicate matters, Sen. Joe Manchin, D-W.Va., last week took a break from undermining his own party on spending priorities to undermine it on climate change, digging in against a clean-energy initiative on behalf of the powerful coal industry in his state. As usual, President Joe Biden and other party leaders have allowed themselves to be taken hostage by one self-styled moderate, and are now talking of making the clean-energy goals voluntary for industry. The history of industry — culminating in our current predicament of record-setting global temperatures, sea level rises and increasingly unstable weather — offers a clue as to just how well that will work.

Queen Elizabeth and other members of the planet’s premier royal family have little real power today, but that has in some ways given them more freedom to weigh in on global issues. Prince Charles has been particularly prescient on climate change, calling attention to it decades before most of the world considered it a front-burner issue. He recently presaged his mother’s comments in a BBC interview in which he lamented that global leaders “just talk” about solutions. His son, Prince William, recently chided the world’s billionaires for focusing on space tourism instead of developing alternative forms of energy.

When the world’s so-called leaders gather in Glasgow Oct. 31, with Queen Elizabeth attending, her language will necessarily be more diplomatic. That’s unfortunate, because they clearly need a dose of plainspoken royal wisdom on this issue.