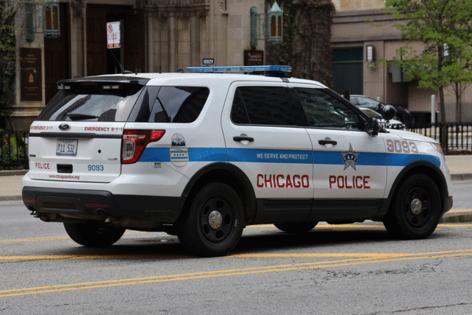 A lawsuit with more than a million plaintiffs?

It boggles the mind to imagine that many people involved in a single lawsuit.

But that’s the potential fallout from U. S. District Judge Andrea Wood’s decision at the end of last month to grant class action status to a lawsuit against the city of Chicago over its police department’s long-standing stop-and-frisk policies.

His calculation was based on police records between 2010 and 2017 that show at least 2 million stops in which officers allegedly had no “reasonable suspicion” that a crime had been or was about to be committed. Plaintiffs’ lawyers believe those include many individuals who were stopped more than once.

The suit seeks financial compensation for the six named plaintiffs and court-ordered changes in the department’s policies and practices under the oversight of a federal judge.

There will not be damages or any other financial award for the million or more members of the class who had been wrongfully stopped, the lawyers pointed out, which must have come as a relief to cash-strapped city officials.

The lawsuit was filed as the city continues its efforts to implement police reforms required by the consent decree it voluntarily entered with the Justice Department back in 2019.

The controversial policy allows police officers to stop, interrogate and search citizens on the sole basis of “reasonable suspicion,” a rationale that attempts compliance with the Fourth Amendment’s bar against “unreasonable searches and seizures.”

As a policy, stop-and-frisk dates to the 1968 Supreme Court decision of Terry v. Ohio, which gave birth to the nickname “Terry stops” for such police-civilian encounters.

It granted the power to constitutionally stop or potentially frisk a person, patting down their outer clothing, if the officer has a “reasonable and articulable” suspicion the person is involved in criminal activity or is armed and dangerous.

But, significantly, there’s no mention of race. Reasonable suspicion cannot constitutionally be triggered by the race of an individual alone.

That became glaringly apparent in March 2015, when a report by the American Civil Liberties Union of Illinois revealed some jaw-dropping news. Chicagoans were stopped at a rate more than four times higher than the rate in New York — and Black people were stopped at a higher rate than whites and Latinos, especially in mostly white areas of the city.

But how many of those cases were warranted? The ACLU’s analysis of 250 justifications provided by officers found they had failed to record legally sufficient reasons in half of the cases.

That’s unacceptable. As a minimum, police officers who stop and question anyone on the street should be able to provide an acceptable justification.

As then-Superintendent Garry McCarthy — who, like many other police officials, preferred the labels “investigative stops” and “protective pat-downs” to “stop-and-frisk” — observed at the time, “If we’re not articulating our reasonable suspicion, we’ve got a problem.”

Fortunately, reasonable minds at the Police Department and ACLU averted a threatened lawsuit in 2015 by working out a plan to address the problems. The result was a voluntary accord, reached without litigation or a court decree.

Police also agreed to keep better records of every stop and commit to new efforts to avoid racial profiling.

But that process continues between CPD and the ACLU on a track entirely separate from that of the class action lawsuit, although they have similar policy-changing aims.

As Chicago continues to battle against a wave of violent crime terrorizing its neighborhoods, the need for “investigative stops” in targeted situations should not be in dispute. The city is mired in a public safety crisis, and police need that crucial tool. But these stops should be handled and documented in a way that doesn’t make ourcrime problems worse.

Decades of careless dragnet practices have alienated police from the people they are sworn to serve, particularly in Black and Hispanic neighborhoods. Reasonable and articulable suspicion is not a negotiable requirement, lest police inflame passions in the wrong direction and compound the very problem they are trying to solve.