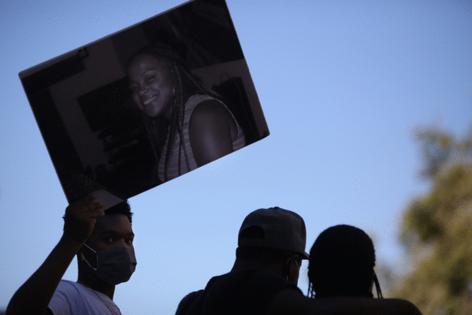 Twice now, bills requiring California high school students to take a semester of ethnic studies haven’t made it to law, both times because the model curriculum for the course was deemed unacceptable. Sadly, despite the necessity of this course at this time of racial and ethnic division and misunderstanding, the bill should be rejected again.

Legislators came oh, so close this year, but they didn’t quite get it right. Gov. Gavin Newsom should veto AB 101 and send it back to legislators with regret — and with specific instructions for making a few relatively small but key changes so that it can be signed next year.

At this point, the model curriculum is ready, but the bill itself doesn’t ensure that the curriculum, or at least something very similar, is what students will be taught in schools. The highly objectionable model curriculum proposed in 2019 has been recast into a reasonable set of objectives and standards that call for understanding and tolerance among groups, as well as confronting and examining ugly chapters in national and state history toward Black, Latino, Asian and Indigenous Americans. The current bill advises school districts to base their courses on the approved version of the curriculum, and says the courses must be appropriate for students of all backgrounds including religion and nationality and not reflect or promote any bigotry against students in any of the protected categories.

Those references to religion and nationality were a dig at the first version of the curriculum, which the Legislative Jewish Caucus felt was antisemitic and anti-Israel. Their concerns were well founded because it seemed written to inculcate certain biases and left almost no room for students to think for themselves. That included listing the Boycott, Divest and Sanctions movement against Israel as a social movement worth studying. And it might well be worth studying, but the curriculum offered no hint that this is a controversial issue with people and groups forming many different opinions about it, or that opposing viewpoints might be worth studying as well.

That kind of instruction was unfortunately prevalent throughout the first model curriculum — a tendency to indoctrinate and divide rather than to encourage students to question, think, research and form their own informed opinions.

The model curriculum has been largely improved, though the original authors insisted that their names be taken off it and have formed an opposition group called “Liberated Ethnic Studies” to promote their way of teaching ethnic studies to public school students. The group’s website includes a prominent statement devoted to criticizing Israel and calling for specific policy changes, while another page calls those who opposed the original curriculum “rightwing demagogues.” Actually, many of those who objected were liberals and moderates. And though the policy changes toward Israel might well be a good idea, it is not the job of schools to teach that one political viewpoint or another is the correct one. Yet several school districts, including Oakland, have passed resolutions supporting the original, problematic curriculum.

And despite the supposed guardrails in AB 101, there is too much leeway for unapproved curriculum to be taught. It allows school districts to adopt or adapt from the approved curriculum, but they also are free to create their own. Who is going to determine when the lessons aren’t appropriate and when they are biased?

For that matter, another concern is that school districts in more conservative areas of the state will go in the opposite direction if parents protest any kind of meaningful ethnic studies curriculum, and opt to teach such a watered-down, we-are-all-together version that students would never understand the concept of systemic racism and the many ways that it disadvantages people of color and marginalized groups.

The very division over the course illustrates how badly it is needed. But the current bill needs some tweaking before it is ready for the governor’s signature. The bill does not have to dictate a specific curriculum down to the details, but it should require school districts that want to deviate from the approved curriculum to submit their own versions to the state Department of Education for review and approval.

After years of revision, it’s less than ideal to wait another year. But just as important as requiring a semester of ethnic studies to graduate high school is ensuring that the course is taught correctly, with some consistency across the state.