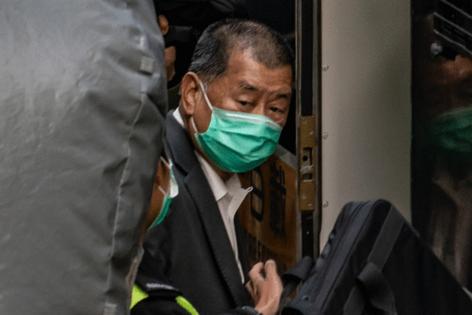 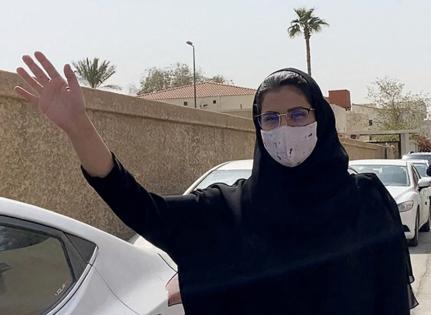 Many people ask me how the United States can claim to promote human rights after its abandonment of Afghan women — and its inability to move China on rights violations in Xinjiang or Hong Kong.

Indeed, as autocrats seize power or grow bolder, those who believe in freedom of speech and peaceful dissent are increasingly silenced. The United States seems to have less and less leverage to mitigate this repression.

So it is especially appropriate that Philadelphia’s National Constitution Center has chosen to award its 33rd annual Liberty Medal on Sept. 21 to two prominent rights advocates, Hong Kong pro-democracy activist Jimmy Lai and Saudi women’s rights activist Loujain al-Hathloul. The award will be presented virtually because Lai sits in prison, while Hathloul is under house arrest after prison and torture.

“They put a human face on the courage of dissidents around the world,” the Constitution Center’s president, Jeffrey Rosen, told me. “We thought it was very important to recognize men and women of conviction who are in prison because of their advocacy for international human rights.”

Indeed, in these grim times it is increasingly vital for private nonprofits and human rights organizations to spotlight those who fight for human rights in their homelands. It reassures them they aren’t forgotten. And it helps keep them alive.

The choice of Lai and Hathloul is particularly symbolic, in a Liberty Medal tradition that has included the youthful fighter for girls’ education, Malala Yousafzai (2014), Mikhail Gorbachev (2008), Czech leader Vaclav Havel (1994) and South Africa’s Nelson Mandela (1993).

Those heroes may have been more famous, but this year’s winners exemplify the struggles of our times.

Today’s world is growing less receptive to the concept of universal human rights, an idea reviled by China’s Xi Jinping and Russia’s Vladimir Putin. America can still push back, but Beijing and Moscow are more resistant and inspire other autocrats.

Self-made clothing tycoon Jimmy Lai could have sat back and enjoyed his riches. Instead, he founded the widely read and scrappy Apple Daily, which constantly campaigned for expanded voting rights in Hong Kong.

When I interviewed Lai in November 2019, in his airy home on a Hong Kong hillside, his paper was openly supporting the pro-democracy protests that exploded over Beijing’s efforts to limit Hong Kong’s legal independence.

“Rule of law is a basic Western value,” Lai said firmly. “But Beijing looks at this through the prism of very different values.” He knew the risk but kept up Apple Daily’s crusade for the right to demonstrate peacefully and enjoy free elections. “You don’t get universal suffrage without long-term resistance,” he told me.

In June, Beijing shut down Apple Daily as part of its severe crackdown on Hong Kong pro-democracy activists. It slapped Lai in jail on multiple charges.

“Jimmy Lai symbolizes press freedom,” says Human Rights Watch’s China director, Sophie Richardson. “Apple Daily was unbelievably important for people to have skeptical reporting about what people in power were up to. He stayed firm in the face of all kinds of pressure in a world full of propaganda.

“The Constitution Center is saying to the universe that this person’s work is important,” Richardson added. “We applaud efforts to hold powerful states accountable. This [award] reminds everybody what we should be striving for.”

For her part, Loujain Hathloul exemplifies the bravery it takes to struggle for women’s rights in societies that crush females. (She is a particularly poignant example at a time when educated Afghan women are being cast back to the Taliban dark ages.)

Hathloul became the face of the campaign for Saudi women’s right to drive when she drove from the United Arab Emirates toward Saudi Arabia in 2014 and livestreamed her journey.

She was arrested at the Saudi border and released after 73 days. But in 2018 she was kidnapped in Abu Dhabi and forcibly returned to Saudi Arabia, then jailed and branded a “traitor.” According to her sister she was beaten, waterboarded, given electric shocks and threatened with rape.

All this under the aegis of Saudi Crown Prince Mohammed bin Salman (known as MBS), who allegedly authorized the gruesome murder of Saudi opposition journalist Jamal Khashoggi. MBS later permitted women’s driving but wanted no female activist to get credit. Released from prison in February, Hathloul remains silenced and forbidden to leave the country.

Lai’s and Hathloul’s powerful stories are directly linked to the principles of the U.S. Constitution that the nonpartisan Constitution Center was founded to promote.

The framers believed that human rights were universal, belonging to all human beings, inherent in all of us (even though they violated those ideals when it came to slavery). That enlightenment value system is now under challenge globally. “It is important in a politicized world for private nonprofits to stand up for individual liberty and freedom,” says Rosen, “and to recognize the courage of freedom fighters in exercising rights of conscience.”

In other words Loujain al-Hathloul and Jimmy Lai are fighting for universal rights that matter to all of us, and we should support their struggle. Which is why this year’s Liberty Medal awardees are a key addition to the pantheon of heroes who have received it before.