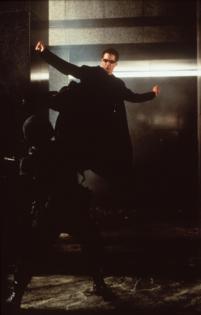 I saw it with my own eyes in the Season 8 finale of “Dallas” back in 1985. Katherine, who loved Bobby, was trying to run over her half sister Pamela (Bobby’s ex-wife and current love interest). Got that? If not, read it again.

Anyway, so Bobby managed to push Pamela out of the way of the car, but he was hit and fatally injured. Katherine ended up crashing and dying in the same scene in a weird Shakespearean sort of way.

Later, as the Ewing family gathered around Bobby’s bed in the hospital, he managed to open his eyes one last time to instruct his loved ones to be good to one another. Obviously, he meant that for his conniving older brother J.R., but Bobby being Bobby didn’t want to make him feel bad. It’s like when the flight attendant reminds everyone to stay seated when there’s only one person standing.

Anyway, after uttering his final words, “I love you so much,” tears flowed. In the hospital room, in my living room, in hundreds of millions of living rooms across America. Bobby Ewing was one of the most beloved characters on one of the most memorable shows in history. You could tell Bobby’s life meant something to people, because his death did.

A season later, “Dallas” brought Bobby back, explaining the death had been part of a bad dream. Our tears had been authentic, though. Suddenly they felt like lemon juice on a fresh paper cut. Nothing catastrophic, but there was definitely a sting.

Bringing back Bobby may have resurrected ratings, which fell after he died, but it also killed off a bit of our connection to the show. After all, if death in television and film aren’t permanent, then what’s the point of being concerned when characters are in peril?.

Even in the world of make-believe, we have to agree on the rules of engagement.

We all saw it with our own eyes in the third “Matrix” movie back in 2003. And while the final scene from that installment gave a slight nod to the possibility of a return, I’m worried the payoff of seeing the two of them alive on screen again — in this December’s “Matrix Resurrections” — isn’t worth the cost. Just like it wasn’t worth it to bring back Bobby Ewing, Ellen Ripley of “Alien” and all the other great characters who are killed off only to return in some convoluted storyline to explain their absence.

Characters are memorable only if they make us feel something — an inkling of connection to help us invest. The investment is cheapened if the character dies (or we think he did) and then the weight of that loss is dismissed cavalierly. Like Pamela waking up one day, walking into the shower and seeing Bobby there like “Hey, everybody, don’t worry, it was all just a bad dream.”

What? We cried for nothing?

Look, I would have preferred if the creators of “The Matrix” had kept Neo and Trinity dead. That’s not to say I’m not going to see the latest installment, because I know I will. I’ve lost track of the number of times I’ve seen each part of the trilogy.

Even though its start was more satisfying than its conclusion, the series — anchored by the futuristic genius of the Wachowskis and the remarkable cinematic eye of Bill Pope — changed the look of action cinema. And Neo and Trinity connected us to the action. We followed them on their journey. We invested. Dare I say, we cared.

I want to care what happens to them this time as well, but it’s going to be hard.

This isn’t just about “The Matrix,” of course. This is what happens when big businesses try to mass produce lightning in a bottle. When death no longer threatens life, why care about either? And I’m pretty sure making us not care about such things is the opposite of how art is supposed to affect us.

Pittsburgh is the home of 446 bridges, more than any other city in the world. The City of Bridges is also home to a small group of Muslims, only about 0.5% of the population. Maybe this minority status contributed to the ...Read More

North Carolina Republicans tried to distance themselves from the type of radical extremism that led to the storming of the U.S. Capitol on Jan. 6. But a leaked membership roster reveals that at least two state lawmakers ...Read More

Weeks after President Joe Biden announced his decree that roughly 80 million workers would need to get the COVID-19 vaccine or weekly testing, many details of that order are still unknown. Business groups are rightly ...Read More

Federal aviation officials say more airline passengers than ever are showing up at airports with guns. Combined with the general uptick in belligerent behavior by passengers, this is an issue with the potential for real ...Read More