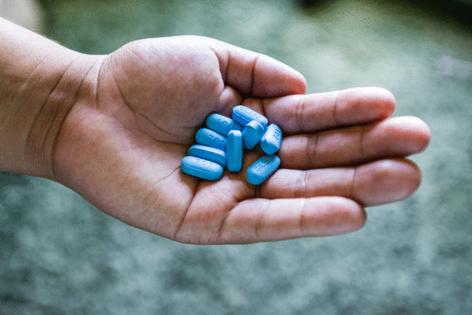 COVID-19 isn’t the only potentially deadly disease on the rise in Florida. The Sunshine State leads the nation in new HIV cases and ranks third in overall infection rates. Like the coronavirus, HIV is preventable — and deaths are unnecessary — with ongoing public education and the use of well-established precautions.

The federal Centers for Disease Control and Prevention reported that Florida saw 4,400 new HIV infections in 2019, the most recent year of data. Hillsborough and Pinellas counties are among 48 federally designated “areas of concern” in the nation based on infection rates. Statewide, the infection rate averages out to 23.7 cases per 100,000 people, well above the national average rate of 13. Florida also led the nation in new infections in 2018. And 2016. And 2015. This is not a new problem — it just keeps not getting solved.

Long-standing tools for combating HIV, the virus that causes AIDS, remain the best defense. The most important one: getting tested. People who don’t know they’re HIV positive are unknowingly giving the disease to others. Public outreach efforts are also critical in reaching the most at-risk populations, which in Florida include Black and Hispanic groups as well as gay men. But the pandemic has made that work more difficult. For nearly all of last year, there were no health fairs, no community festivals, no Pride celebrations to distribute literature about safe sex practices and the importance of getting tested.

Perhaps even harder to overcome is the overall reduced fear of contracting HIV. Thanks to tremendous advancements in treatment in the 40 years since AIDS was first reported in the U.S., getting the disease is no longer a death sentence. In 1996, the total life expectancy for a 20-year-old person with HIV was 39 years. In 2011, the total life expectancy was around 70 years. A marvel of modern medicine yes, but with a distressing side effect: People simply aren’t as worried about what will happen if they get the virus, and that leads to risky behaviors. Furthermore, young people today weren’t confronted with the harrowing death tolls from HIV and AIDS cases, which spiked in the late 1980s and 1990s before many of them were born.

Public health advocates are always fighting battles on multiple fronts, trying to reduce stigmas, change attitudes and alter behavior. They’ve been doing it since 1981 to combat AIDS and since 2020 to curb the spread of COVID-19. Yet there are only so many resources to deploy, and only so much public attention that can be captured. For more than a year, researchers have said they are losing ground in understanding and combating other diseases because COVID-19 is so all-consuming.

That’s one more reason for Floridians to get the COVID-19 vaccine.

To be clear: There is no cure for HIV or AIDS. Prevention is both the arrow and the bull's-eye for beating this disease. In a year when our public health system has been stressed to a breaking point, the reality can seem grim indeed. Except that, unlike many cancers, autoimmune disorders and other grave afflictions, HIV is preventable. Testing, outreach and responsible sexual behavior can go a long way toward keeping HIV in check, sparing precious resources for the larger fight at hand.