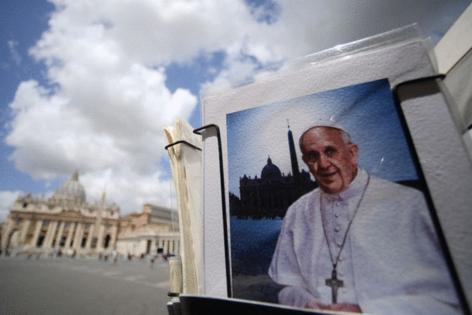 The news that Pope Francis will reimpose limits on the celebration of the traditional Latin Mass will disappoint and even enrage devotees of that ritual. But traditionalist Catholics who appreciated the revival of the old form encouraged by Francis’ predecessor, Pope Benedict XVI, are caught in a couple of contradictions.

The first is that conservative Catholics at least in theory take a strong view of papal prerogatives, but here a so-called “liberal” pope is using his authority to rescind a directive by his “conservative” predecessor. Reversing a 2007 decision by Benedict, Francis said that priests who wish to celebrate the so-called Extraordinary Form of the Mass would need to obtain the permission of their bishop.

In what traditionalists will see as insult added to injury, Francis explained that he had concluded that concessions to supporters of the old Mass had been “exploited to widen the gaps, reinforce the divergences, and encourage disagreements that injure the Church, block her path and expose her to the peril of division.”

If you think the pope has the final word, then you must accept the decision of the current one (unless you believe that Francis isn’t the real pontiff, a truly fringe position). Otherwise you’re purporting to be more Catholic than the pope.

There’s another contradiction snaring traditionalists, whether they are superannuated cradle Catholics who grew up with the old rite or younger believers who find it aesthetically or spiritually edifying.

In allowing greater use of the old Mass, Benedict arguably was acting in the cause of pluralism. Benedict also granted a special status to Anglican converts to Catholicism who use a liturgy that contains some language derived from Anglican sources.

But to the extent that you see the “old Mass” — celebrated in Latin by a priest with his back to the congregation — as the “true” Mass, the less accepting you will be of the so-called Ordinary Form, celebrated in the vernacular and conceived of as a communal meal as well as a sacrifice.

In their heart of hearts, I suspect most devotees of the old Mass would prefer it to be the only permissible form, as it was for centuries before reforms adopted after Vatican II. Accepting it as one option among others always seemed like a tactical position for traditionalists.

It will be difficult for critics of Francis’ decision to argue credibly that what they want is a church that allows the Latin Mass in order to be comprehensive in the way worship is conducted and conceived — as Anglican Christianity long has been. (Episcopal bishops accept that some parishes will be “high church” with elaborate Catholic ceremonial and some “low church” with more sedate services.)