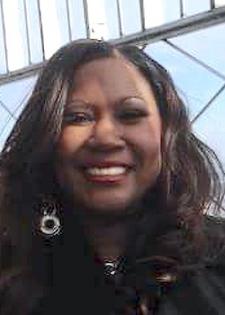 Like many Black Americans, I must admit that I had never heard of Juneteenth until recently.

So the push now to make this celebration of emancipation a national holiday certainly didn’t come from me or anyone I know. It sure seems as though it’s part of a bigger agenda being imposed on the Black community by those who never bothered to ask us. And while elevating Juneteenth to such prestige may seem relatively harmless, it comes with the baggage of radicals who are also promoting critical race theory, reparations and self-segregation.

It’s time for Blacks to counter such extremism with a productive agenda based on faith, patriotism and a love for all mankind.

The more I learn about critical race theory, for example, the more I realize it is definitely not my worldview. As an American, I reject the notion that our nation is irredeemably flawed. Indeed, I am thankful I was born and raised here. I refuse to succumb to anger rebranded as social justice. As a human being, I have no desire to divide people into incompatible tribes. Nor do I see the sense in trying to make up for past racism against Blacks by visiting it upon Whites.

I resent that the people peddling all of this nonsense claim to speak for the Black community when I know they do not.

As a Christian, I look beyond individual differences and see the potential for good in everyone. If I can’t love my brothers and sisters whom I can see, how can I claim to love a God I can’t? Based on the ideology of critical race theory, I would have to hate God too.

So as far as Juneteenth goes, I am happy to have the Fourth of July — Independence Day — instead. The Declaration of Independence and our Constitution are unrivaled among other nations. And I say that knowing full well that Blacks didn’t get their freedom until several generations after 1776.

Dr. Martin Luther King Jr. also understood this, and he remained hopeful. His belief in America radiated throughout his “I Have a Dream” message — his goal that one day people would not be judged by their skin color but by their character, and that all would receive the promises of life, liberty and the pursuit of happiness.

Dr. King strongly believed in America, and he was confident that it would someday live up to its full potential. He never saw any reason to give up on the American experiment or harbor bitterness and hatred. And he applied the fight for freedom and equality to all of God’s children despite superficial differences.

We could do worse than to make Juneteenth a holiday, but — to the extent we look back through history — it would be better to learn other lessons that will help Blacks in the present and future.

We often overlook the history of Black innovators and entrepreneurs. More children should learn stories like that of Madam C.J. Walker, a Black business owner and America’s first female millionaire of any race, who overcame the obstacles against her over a century ago. That spark of entrepreneurship still exists in the Black community, but greater knowledge of this kind of history would only increase it.

Whether June 19 becomes a national holiday or not, I am glad I’ll be spending it in America. The future can be bright, so long as we Black Americans stay true to ourselves and reject the hateful nonsense being thrust upon us.