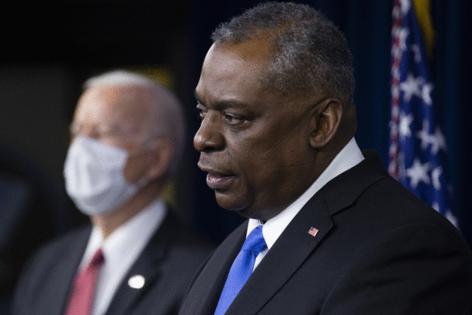 In fact, the Senate has decided it can’t wait any longer and tore up its schedule to focus on nominations this month, instead of budget review. Rep. Adam Smith, chairman of the House Armed Services Committee, recently warned that receipt of the administration’s defense budget past mid-May makes it unlikely the House will be able to produce a defense authorization or appropriation bill before the August recess.

And if they miss that mark, passage of the necessary bills by the end of the fiscal year is doubtful.

Smith is right. We need a real budget, and yesterday. Failure to pass these bills by the end of the fiscal year puts the Defense Department (and the rest of the federal government) into a continuing resolution, or worse — a shutdown — both of which would be deeply injurious to our national defense.

The Biden administration did send a preview, a so-called “skinny” budget, to Congress on April 9 providing top-level numbers. But for oversight purposes, it’s useless. The section dealing with the Defense Department was devoid of details, other than to announce a reduction of $7 billion from what the Trump administration had proposed for fiscal year 2022, and an overall $5 billion loss in buying power from 2021 due to inflation.

Defense’s section stood in sharp contrast to all the other federal departments, where the administration appeared thrilled to articulate their plans, from fighting climate change — $6.9 billion for Commerce — to Education’s $100 million to foster diverse schools.

In comparison, the Defense portion seemed like cursory homework by a reluctant schoolchild.

Despite President Joe Biden’s seemingly tough talk about China and Russia, cutting national defense while the Defense Department is trying to adapt to great power competition sends a contradictory message, both to our allies and adversaries.

Years when presidential transitions take place have normally resulted in a delay while the new team reviews the budget. Even though the outgoing administration normally prepares a complete budget, the incoming team naturally wants to at least understand it and make minor adjustments.

There have been four presidential transitions since law set the due date for the budget as the first Monday in February, and each of them has needed a delay before submitting their budget. The average number of days delayed was 82. This year, on day 82 (April 24) there was no budget in sight. If, as some report, the Biden administration delays its final budget until the end of May, it will be late by 119 days — and the congressional budget calendar, and the chances for an on-time defense budget, irretrievably upended.

2022, the first year in a decade without the guardrails of the Budget Control Act to provide fiscal benchmarks, was already shaping up to be a difficult year to achieve agreement. The lack of a presidential budget request only exacerbates the challenge.

Most should know that operating under a continuing resolution presents particular challenges for the Pentagon. New programs — such as unmanned platforms, robotics, or artificial intelligence applications — are delayed and unable to start. Fiscal uncertainty reigns and military operations are impacted. Training is slowed. As the Defense Department endeavors to pivot to compete with China and other potential adversaries, operating under a continuing resolution ties our warfighter’s hands and sends the worst possible message.

What administration wouldn’t want the leisure to develop a brand-new budget completely reflective of their priorities and plans? But such desires are normally tempered with the realization that there is a clock running, the heartless apparatus that cuts off federal spending on Oct. 1 and negatively affects the whole federal government.

The Biden administration needs to complete its reviews and get Congress its budget request now — before more time passes, and the chances for on-time defense funding and authorizations further diminish.

Our troops are counting on those in Washington to do their jobs, just as they are expected to do theirs. Don’t let them down.