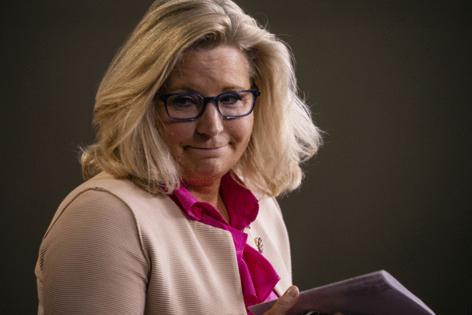 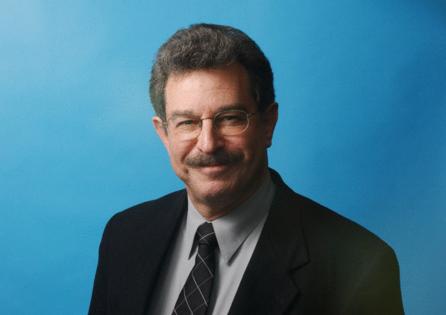 Today we are taking a new look at Liz Cheney’s latest performance of “Profiles in Courage” leadership. In any political era we have ever known, pundits would be fast-typing flourishing predictions that we may have just witnessed Chapter One in a book titled: “The Making of America’s First Woman President.”

Except we all are too smart to fall for that. We know we are trapped in an era of wackadoodle politics. Day and night, we have watched the leaders of the once-Grand Old Party breakdancing atop the quicksand of our wackadoodle politics. We watched their every flip and flop: Rebuking Donald Trump for his loopy, looping Big Lie that he won reelection by a landslide; but then rebuking Cheney for continuing to tell that truth and pushing her out of her House Republican leadership position. House Minority Leader Kevin McCarthy, who spoke truth about Trump after the Jan. 6 insurrection, now wants you to forget he ever said what he said.

Change can happen quite quickly in politics. Let me tell you about it: Google my name plus “R.I.P., G.O.P.” Among the things that pop up is a handsome blue book cover bearing that title and my name — with lots of websites, including Amazon, telling you that you can buy the 2016 book from them.

But you can’t. Because I never wrote it. Because change happened, quickly.

A prominent book publisher had wanted me to write that book (based on the shrinking traditional white Republican voter base) and deliver it before the 2016 presidential primary voting had started. But in June 2015, Donald Trump glided down his golden escalator and into the campaign — where he was quickly dismissed as just a national punchline. But Trump was drawing huge crowds — and the more I reported, the more I was convinced this was our new reality. They reminded me of the crowds Alabama’s segregationist/populist George Wallace had drawn up North in 1968 — I discovered many blue-collar backers of just-assassinated Robert F. Kennedy, who were fed up with feeling ignored by all the other pols.

So I wrote a column linking the Trump 2016 and Wallace 1968 populist appeals and I concluded in July 2015 (yes, more than a year before Election Day 2016!) that Trump’s mad-as-hell voters may well elect our next president. And before the primary voting began, I informed my publisher that Republicans could well capture the presidency, the Senate, the House plus many state governments in 2016 — and I couldn’t write a book that inaccurately proclaimed “R.I.P., G.O.P.” So I didn’t. (Alas, they had enthusiastically already sent out the promo material; yep, it still floats there, like space junk, in the un-judgmental ether of cyber-perpetuity.)

Fast forward to Liz Cheney’s latest week. The quite conservative Wyoming congresswoman emerged as the only member of the Republican congressional leadership with the guts to continue showing today’s youth the importance of always telling the truth.

“The Republican Party is at a turning point, and Republicans must decide whether we are going to choose truth and fidelity to the Constitution,” Cheney wrote in a Washington Post op-ed.

“ … History is watching. Our children are watching. We must be brave enough to defend the basic principles that underpin and protect our freedom and our democratic process. I am committed to doing that, no matter what the short-term political consequences might be."

Pathetically, her congressional GOP leadership colleagues continue to duck-and-cover, deceiving Republican voters rather than courageously condemning Trump’s perpetual politicosis of lies about a landslide and claims that America’s democracy was rigged. (Trump’s complaint about the failure of our democracy probably launched Vladimir Putin into a wave of giddy wahooing that echoed throughout the Kremlin.)

This past week, we have witnessed every GOP leader and most of the party’s rank and file attack Cheney openly or gutlessly feign political laryngitis rather than forthrightly speak the truth to their party’s disgraced leader in his Mar-a-Lago Elba.

Ever since that escalator ride, it has become politically fashionable for Trump loyalists to deride anti-Trumpers in their midst as “RINOs” — Republicans In Name Only. But this has gone way beyond that. This is about telling tough truths and upholding our Constitution.

Liz Cheney, a woman of average height, stands head and shoulders above her GOP leadership colleagues in a Capitol where RISOs — Republicans In Shame Only — run amok.