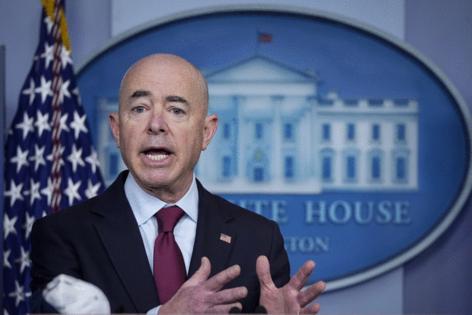 The country’s population growth is slower than at any time since the Great Depression, and I’m of two minds about that.

On one hand, slower growth is good for a nation bristling with huge problems, starting with climate change and the pressure that more people and development put on our land and infrastructure — water, sewer, landfills, roads and food production. Add to that millions of guns, an opioid epidemic, racism and an extreme and unhealthy political divide. It’s a big mess.

There were 331,449,281 people living in this country as of April 2020, according to the U.S. Census, and that represents a towering challenge to our sustainability as a civilized, well-fed, healthy society.

So, slow growth — not all that bad. Plus, demographers say we should get used to it because, given current policy and the country’s general lack of enthusiasm for more immigrants, we probably won’t see a population explosion any time soon.

On the other hand, slow growth might not be a good thing. Indeed, it might be a very bad thing.

In Maryland and across the nation, we should all find slow growth troubling for at least selfish reasons. We’re all going to need someone to take care of us when we hit the gray years and, at the present rate, there might not be enough help on hand. We’re going to need doctors, nurses and caregivers but, given current conditions — longer life expectancies, lower birthrates, fewer newcomers entering the country — we’re going to come up short.

So, there’s a definite downside to Americans being opposed to more immigration to grow the population. Other countries, particularly those in southern Europe, are already facing this problem. Japan amended its immigration laws a couple of years ago to import more caregivers to keep up with demand.

And there’s one more thing — economic productivity — and that’s no small thing. That, for many, is the core of American exceptionalism. It flows from our economic power.

Unless some of them have changed their minds, I can provide you with the names of 1,470 economists, Republicans and Democrats, who think the country needs to loosen up and welcome more immigrants in order to continue to be an economic power.

They signed an open letter to the Trump White House and Congress in 2017 calling for a smarter immigration system that accepts reality: Immigration brings creative entrepreneurs who start new businesses; it also brings young workers to replace millions of retiring baby boomers. To maintain or increase productivity, these and other economists have said, the nation needs more immigrants. (In an analysis for ProPublica, Moody’s Analytics, estimated that for every 1% increase in population from immigrants, GDP rises 1.15%.)

While pre-pandemic unemployment was low, there were still shortages of workers for certain jobs — long-distance trucking, for instance. Plus, if we’re going to build a new zero-carbon economy around renewable energy, as prescribed in President Joe Biden’s American Jobs Plan, there could be opportunity for millions of workers more.

So, while some people don’t see the logic in having more immigration, others do.

I said a few paragraphs ago that I was of two minds, but I made up my mind about this years ago, after looking at both sides: We need to be more welcoming to immigrants; my vote would be to open the doors a little wider again.

And if we gave them a path to citizenship, some of the millions of undocumented immigrants already living here might be able to help us solve some of those big problems I mentioned above.

But what do we do? We keep arguing about this.

And things actually got worse during the Trump presidency. It served as a clarion to white supremacists. As a result, it’s not hard to imagine that immigrants who once thought of moving to the United States, documented or undocumented, took their skills and ambitions elsewhere.

That had to have contributed to the slower population growth recorded by census takers.

“There is no doubt that Trump’s rhetoric and the devastation of the pandemic made an impact,” said Gustavo Torres, the executive director of Casa, the Maryland-based immigrant rights organization.

“There was a concerted effort by the Trump administration to undercount immigrant communities,” says Krish Vignarajah, president and CEO of Baltimore-based Lutheran Immigration and Refugee Service. “The push to add a citizenship question to the count was deliberately designed to stir up fear of enforcement consequences. When that effort failed, the Trump administration [tried] to exclude undocumented members of our community from the census. After these efforts, combined with four years of anti-immigrant policy and rhetoric, there very well may have been a significant chilling effect on those willing to be counted.”

Texas, Florida and Arizona had lower-than-expected populations in the census. Maryland’s grew by about 7% over the last decade, one of the slowest periods since the 1830s.

Of course, we could also get population growth back to a sustainable level with an increase in babies. We’re at 1.73 births per woman, the lowest fertility rate in 40 years. Nobody asked me, but maybe what Biden prescribes will encourage slightly larger families: universal preschool, affordable child care. And maybe, if we actually slow climate change, people currently pessimistic about the future might be more willing to have kids, and one of those kids might grow up to be your doctor.