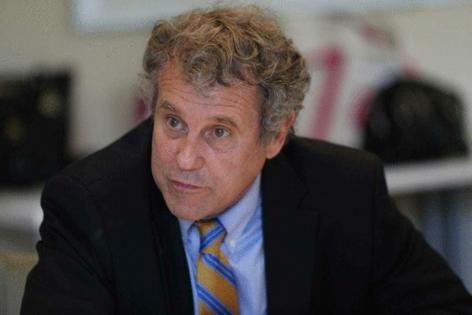 In the days preceding President Joe Biden's release of his $1 trillion American Families Plan, Sen. Sherrod Brown, D-Ohio, and several of his Democratic colleagues lobbied for it to include a provision he has been introducing and reintroducing for years — the option to buy into Medicare at age 50.

The efforts were for naught. So far.

Instead, the Biden administration has proposed extending the health insurance tax benefits that were approved as part of the last coronavirus relief measure. And though his campaign messaging had supported expansion of Medicare to scoop in people as young as 60, that proposal was absent from the $1 trillion plan.

Nonetheless, there seems to be momentum building for, at the least, incremental change. The proposition warrants serious consideration.

Brown has been touting the idea for years as a way to expand access to the popular federal health insurance program that now is available for people 65 and older.

In a political universe where some resist almost any measures that would expand government-run health insurance while others push full throttle for universal government health care, the debate needs more proposals for pragmatic steps forward — proposals that include plans for dealing with impacts.

Medicare buy-in at a younger age appears to have broad, popular support. A 2019 Kaiser Family Foundation poll shows 85% of Democrats and 69% of Republicans favor lowering the Medicare age to as young as 50.

Mr. Brown has described the proposal as a step toward universal coverage — one that would help those approaching retirement who find it difficult to afford health insurance or out-of-pocket medical expenses.

Giving people in the 50-64 age bracket the option of participating in the Medicare program would take the most expensive people out of the private insurance markets, which could drive down overall costs. It also would benefit people forced into an early retirement or late-career people who would like to retire or who need to retire for health and family reasons but who stay on the job just for the insurance benefits.

Allowing 50- to 64-year-olds into Medicare is not the cure for all that is wrong with health care and it does pose some challenges. Current estimates are that the Medicare Hospital Insurance Trust Fund, which funds the Medicare Part A hospital insurance, could become insolvent by 2024. It will be critical for Congress to address this issue before adding a new age group to the program.

For practical reasons — both economic and political — the solutions for American health insurance and health care are likely to be incremental. Lowering the age for Medicare eligibility is one incremental idea that moves the discussion in the right direction.