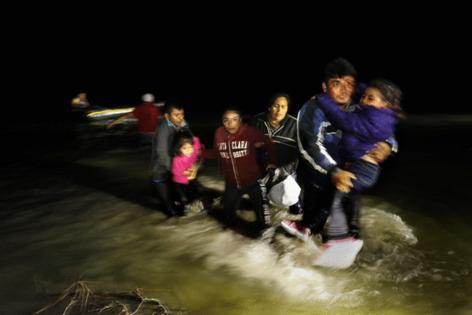 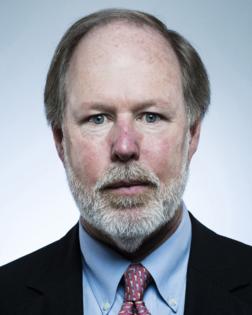 When Harold Macmillan became Britain's prime minister in 1957, a reporter asked him what could blow his government off course. "Events, dear boy," Macmillan replied. "Events."

American presidents of the last 50 years would have no trouble understanding that sentiment. It's unexpected "events" that often upend a leader's agenda. Bill Clinton arrived with an ambitious set of domestic goals but found himself quickly enmeshed in unexpected crises in Somalia and Haiti. George W. Bush's first year was overwhelmed by the terrorist attacks of Sept. 11, 2001. Barack Obama came to office amid a financial crash, then faced an oil well blowout in the Gulf of Mexico. And Donald Trump? Well, let's just say he was an ongoing crisis, often self-generated.

President Joe Biden has had a first 100 days relatively free of unexpected crises, which has allowed him to focus on the priorities he brought with him to the White House: taming the COVID-19 pandemic, an economic relief bill and proposals for new spending on infrastructure, child care, education and other goals.

On those items, the report cards have been mostly positive. His vaccination campaign hit its goals ahead of schedule, Congress passed his $1.9 trillion relief bill, and his other proposals already dominate the legislative agenda for the rest of the year.

But he can rest assured: The crises will come.

For one thing, the record numbers of unaccompanied children crossing into the United States from Mexico will have to be addressed.

After weeks of relying on the same, overcrowded facilities used under Trump, the administration has succeeded in moving most of the children to better facilities. But thousands of immigrant children in jeopardy isn't something the administration wants to be dealing with, and the overall situation on the border could still turn worse.

Another potential crisis is vaccine exports. Some Americans may be hesitant to stick out their own arms, but how will they feel if Biden starts giving away "American" doses? The administration initially rejected pleas from India that it export COVID-19 vaccines or lift U.S drug firms' patent protections, citing its responsibility to take care of Americans first. But as India's death toll from the coronavirus pandemic rose, China rushed in with well-publicized medical aid and U.S.-Indian relations slid toward a crisis. So the Biden administration reversed itself, announcing last week that it would ship millions of doses of AstraZeneca vaccines, which haven't been approved for U.S. use.

Neither of these problems is yet a full-blown crisis, and careful management could keep them from exploding.

But the world holds greater dangers, any of which could soon test the administration unexpectedly, diverting Biden's attention from his ambitious agenda.

Consider China, for example, which has been threatening to take aggressive moves against Taiwan, a de facto protectorate of the United States. That could touch off a global crisis.

Russia has withdrawn troops it had massed on Ukraine's frontiers, but aggression toward any of the former Soviet Republics could spark upheaval Biden couldn't ignore.

As U.S. forces withdraw from Afghanistan, the Taliban is seizing territory; if it attacks Kabul, Biden will face pressure to help the government defend itself.

And North Korea's Kim Jong Un could resume testing nuclear weapons and ballistic missiles, just as he did in Trump's first year. That's how North Korea compels other countries to pay attention to its needs.

"A president has no choice but to continually multitask," Obama reflected ruefully in his recently published memoirs. "Al Qaeda doesn't suspend operations because of a financial crisis."

Even in domestic policy, there's no guarantee that unforeseen problems won't arise.

Paul C. Light, a professor of public administration at New York University, has charted for decades how presidents face "breakdowns," catastrophic failures in the domestic machinery of the federal government. They happen "like clockwork," Light says. He predicts Biden will face one sometime soon.

So if you were starting to feel good about Biden's early months, don't get too comfortable. The president's good fortune — his healthy popularity ratings, the steady advance of his legislation — is unlikely to last forever. Compared with his predecessors, he's had it easy so far. The real tests are yet to come.