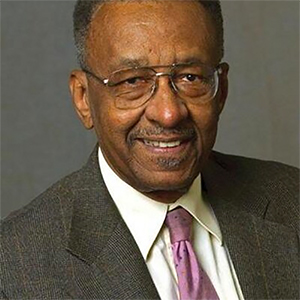 The following column is by Devon Williams, daughter of Walter E. Williams.

In the late 1980s, when telemarketing was at it is peak, a company called our home during dinner. I picked up the phone and handed it to my dad. This is what we heard him say:

And then he hung up. My mom and I looked at each other, and then him, with looks of incredulity. He explained that it was a company selling life insurance.

For a long time, I believed just that -- that he was not going to die. That he would be here dropping knowledge on me, my family and the rest of the world forever.

I have always understood my father to be a teacher, a college professor. And, at the core of it, that's what he was: a teacher. And he loved being one. So, why, in the days that followed my father's death have things felt surreal? I've spoken about my dad to reporters from The New York Times, The Washington Post and The Wall Street Journal. I've spoken to one of the greatest minds and prolific writers this country has to offer: Thomas Sowell. I've heard from Supreme Court Justice Clarence Thomas, real estate developer Harlan Crow and businessman Charles Koch. I've read hundreds of tweets, posts and emails from his students, politicians, educators, philanthropists, authors and reporters. You might intuit, that hearing from all these people demonstrates that maybe Dr. Walter E. Williams wasn't just a professor. That maybe, because of his profound effect on so many people, he was something more. I would argue that the essence of my father was that of an educator. In fact, many years ago, my dad told Dr. Sowell, "On the day I die, I'd like to have taught a class." Teaching was his passion. It was his gift. It was, second only to his family, his greatest love.

Some of the obituaries I have read have called my dad a giant. He was. Literally. He stood at 6 foot 5 inches tall. My mom and I used to joke that it was always easy to find Dad in a crowd: We just needed to look up. An athlete well into his 70s, he took advantage of his stature and long limbs and played tennis and basketball, but his favorite activity was cycling. My mom would pack him snacks the night before, and he would set out for a 30- to 50-mile ride around 5 a.m. (when she and I were still sound asleep). I think that he enjoyed the time alone with his thoughts and his bike. Often, after a ride, he would shower and get straight to work on his syndicated column or his classwork for the week -- clearheaded and ready to go.

Not only, however, was he physically a giant but he was an intellectual giant. In his lifetime, he wrote 10 books, hundreds of articles, book reviews, scholarly journal articles and more than a thousand weekly columns. And, while proud of his accomplishments, with every book, he'd tell me, "I still don't think I'll catch up to Tom (Sowell) ... he writes with both hands." He also gave hundreds of lectures around the world -- Johannesburg, Cambridge, London, Tokyo, Hong Kong and many more nationally. Additionally, you could find him on TV and radio. He called these venues his "big classroom." Economics is a challenging and abstract discipline that includes sophisticated analysis and calculus. But my dad had a supernatural ability to breakdown complex ideas and make them digestible for everyone.

As a father, he was also a teacher. My dad taught me that hard work eclipses talent or natural gifts every day of the week and twice on Sunday. He taught me how to drive like a Philadelphia cabbie and how to parallel park in a space equal to the length of my vehicle. He taught me that the best time to look for a job is when you already have one and that opportunities are often masked as disappointments. He taught me that play is necessary, but that it's more fun when your work is finished. He taught me to love my life and the people in it. He taught me to drink the wine and not to save it for a special occasion. And he taught me that family is always my safe place to land.

When my dad was in Philadelphia and not with us in D.C., he would call me and ask, "How's my baby?" I would tell him, "I'm just fine, Dad," knowing full well that he was asking about my son. They shared a special bond, and it pains me greatly to know that they only shared six years together.

We will all miss Dr. Walter Edward Williams. But I'd like to think that through his dedication to his teaching, the reach of his students and profound effect he had on so many that, maybe, his statement to the life insurance salesman was true.

One of the first lessons in an economics class is every action has a cost. That is in stark contrast to lessons in the political arena where politicians virtually ignore cost and talk about benefits and free stuff. If we ...Read More

Several years ago, Project Baltimore began an investigation of Baltimore's school system. What they found was an utter disgrace. In 19 of Baltimore's 39 high schools, out of 3,804 students, only 14 of them, or less than 1%...Read More

Some of the confusion in thinking about matters of race stems from the ambiguity in the terms that we use. I am going to take a stab at suggesting operational definitions for a couple terms in our discussion of race. Good ...Read More

You present to a physician with severe abdominal pain. He examines you and concludes that your ingrown toenails are the cause of your abdominal distress. He prescribes that you soak your feet in warm water but that does ...Read More

The academic achievement gap between black and white students has proven resistant to most educational policy changes. Some say that educational expenditures explain the gap, but is that true? Look at educational per pupil...Read More

I was a teenager, growing up in the Richard Allen housing project of North Philadelphia, when Emmett Till was lynched in Money, Mississippi, on Aug. 28, 1955, and his brutalized, unrecognizable body later recovered from ...Read More