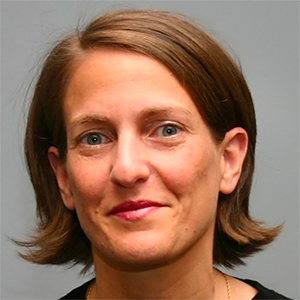 Are Deficits Actually Going Down?

The president is annoyed. On Saturday, during a speech to the Congressional Black Caucus, he complained that "I'm so sick of Republicans saying we're the 'big spenders.' Give me a break. Give me a break." He all but said in one portion of the speech that he is spending a lot of money on special interests and yet "doing all of this while reducing the deficit -- last year, $350 billion, and this year by $1 trillion." It's magic.

It's amazing to watch a speech in which so few fiscal facts are correct. First, the Committee for a Responsible Federal Budget estimates that "the Biden administration has enacted policies through legislation and executive actions that will add more than $4.8 trillion to deficits between 2021 and 2031." That's exclusively his administration, and these sums will be added to the trillions in debt accumulated by previous administrations.

And let's not forget that the $4.8 trillion figure would be significantly larger if he and his Democratic friends in Congress had passed the roughly $2.5-to-$5 trillion Build Back Better legislation they pushed so hard for. The figure also rests on the dubious assumption that the Inflation Reduction Act of 2022, which was passed in lieu of BBB, will reduce the deficit. Last but not least, this figure doesn't include Biden's student-loan forgiveness order, which the Congressional Budget Office (CBO) calculates will alone add over $400 billion in deficit spending over 10 years.

If you need more evidence that the president is no budget cutter, look also at the size of recent budget deficits compared to projections released just three weeks after his inauguration. These forecasted that the combined 2021 and 2022 budget deficits would be $3.31 trillion. They now stand at $3.72 trillion, with a month still left in fiscal year 2022. So, the Biden administration has expanded deficits by $400 billion more than expected, even before we count the recent spending mentioned above.

The first factor is the expiration of fiscal stimulus spending. After passing the American Rescue Plan and blowing up spending and creating massive inflation, fiscal year 2021 spending outpaced 2020's by almost $300 billion. Yes, as the stimulus spending expired (BBB was meant to extend many of the programs, so it is fair to say this happened against the Democrats' will), spending is down almost $1.5 trillion in the first 11 months of fiscal 2022.

Those were unusual circumstances, so a better comparison is the first 11 months of 2019. By that measure, spending in 2022 is now up by $1.2 trillion. This is not evidence of fiscal responsibility.

The second factor driving supposed deficit reduction is the highest surge in inflation in four decades. Inflation pushes millions more Americans into higher tax brackets, thus causing them to pay more taxes and, hence, driving up revenue. These higher tax bills are coming due even as people's real earnings decline. Due to this regressive form of deficit reduction, combined federal revenues in fiscal year 2021 and 2022 are almost $1 trillion higher than CBO forecasted, with receipts in the first 11 months of 2022 almost $1 trillion higher than 2019 levels.

One last thing. None of this takes under consideration the increase in interest payments on the debt with rates rising substantially for the first time in decades. According to the Treasury department, in August, payment on U.S. government debt was $63 billion, up from $34 billion in January. What's more, the CBO's interactive budget tool illustrates what an interest rate increase above the baseline means for interest payments. The answer is "expensive." As Jack Salmon and I wrote over at Discourse magazine, "If the interest rate on the 10-year Treasury note is ... 1 percentage point higher than expected, the cumulative deficit will be $2.85 trillion larger over the decade."

Depending on how the CBO calculates the annual interest rate, we could find ourselves in territory even worse than these projections, especially since half of our debt has a maturity of three years or less, and these interest rates are even higher. With inflation still not under control and the Federal Reserve continuing to increase rates, it isn't hard to understand how our fiscal situation will be severely stressed.

The president's claims are bunk bordering on carelessness. His policies, I am afraid, deserve even harsher words.

During my many battles fighting against cronyism, I have often been accused of being hard on government while letting businesses off the hook. This accusation is weird. Defending the free market is quite different from a ...Read More

At a time when the American economy could use more people, restrictions on immigration continue to trap a lot of unused talent in low-productivity countries. To unleash it, the United States could simply let these ...Read More

Shortly after taking over as the new U.K. prime minister, Liz Truss announced plans to fight inflation by capping household energy prices over the next two years. Blimey! Billed as the most free-market prime minister since...Read More

Today's political parties lack ideas. The Republicans define themselves as opponents of Democrats. Yet many of the GOP economic policy positions resemble, with minor variations, those of Democrats. Meanwhile, the Democrats...Read More

If you had any doubts that those in power have dropped the pretense of fighting for the working class, you can dispense with them after the Biden administration's latest concessions to the laptop class. From student loan ...Read More