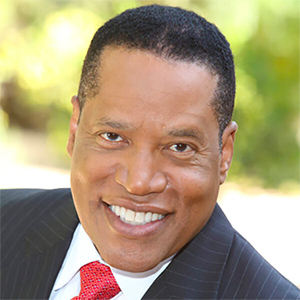 The Center for the Study of Hate and Extremism at California State University, San Bernardino, released findings in March that showed a rise of 149% in reported anti-Asian American hate crimes from 2019 to 2020. PolitiFact wrote: "The report doesn't mention former President Donald Trump. However, it does show that Google searches found spikes for racist terms such as 'China virus' and 'Kung Flu' spiked throughout 2020." As to Trump calling the coronavirus the "Chinese virus" or the "Kung Flu," Asian American Sen. Tammy Duckworth, D-Ill., said: "It did not help the situation. And frankly, it's appalling that it's been allowed ... to become this bad. ... But we have a long way to go in this country. Asian Americans are still viewed as an 'other.'" In short, blame Trump.

But according to Voice Of America News: "In New York City, where anti-Asian hate crime soared nearly nine-fold in 2020 over the year before, only two of the 20 people arrested last year in connection with these attacks were white, according to New York Police Department data analyzed by the Center for the Study of Hate and Extremism. Eleven were African Americans, six were white Hispanics and one was a Black Hispanic." Not exactly your typical Trump voters. "'I thought it was jarring,' said Brian Levin, executive director of the center, noting that the finding runs counter to assumptions made by many that perpetrators of anti-Asian hate are mostly angry white men who blame China for the COVID-19 pandemic."

But not to worry. Professor Jennifer Ho of the University of Colorado at Boulder offers a ready explanation for Black hate crimes against Asian Americans: "white superiority." In an article called "White Supremacy Is the Root of Race-Related Violence in the United States," Ho writes: "Anti-Asian racism has the same source as anti-Black racism: white supremacy. So when a Black person attacks an Asian person, the encounter is fueled perhaps by racism, but very specifically by white supremacy. White supremacy does not require a white person to perpetuate it. ... The dehumanization of Asian people by U.S. society is driven by white supremacy and not by any Black person who may or may not hate Asians."

Can the purveyors of "systemic racism" blame that phony belief for what the left-wing think tank Brookings Institute calls the "homework gap"? Are Black kids doing less homework than white kids and much less homework than Asian Americans because Blacks are told that systemic racism will hold them back? Doesn't this gloomy worldview diminish the initiative of young Blacks, creating a mindset of "what's the point?" Thomas Sowell said he once heard a young Black man say he wanted to join the Air Force to become a pilot. But the young man decided not to pursue his goal because "they" don't allow Blacks to become pilots. This, Sowell said, was decades after the Black Tuskegee Airmen of World War II.

Behold the power of white supremacy! It programs Blacks, according to Ho, to commit hate crimes against Asian Americans. In recent years, there have been approximately 600,000 nonhomicide violent crimes annually between Blacks and whites. In about 90% of the cases, it involves a Black perpetrator and white victim. Odd that these omnipotent white supremacists, like Trump, do not invoke their "white supremacy" to program Blacks from attacking whites. And why haven't these white supremacists programmed Blacks to vote for Republicans? Maybe they'll get around to it.

After impeaching President Donald Trump for the so-called insurrection of Jan. 6, 2021, House Democrats want to, as Speaker Nancy Pelosi put it, "establish a bipartisan agreement for a 9/11-style commission to report on ...Read More

When did the civil rights movement go off the rails?

The day before ...Read More

I recently came across the term "white-savior movies." According to critics, this is a type of film that features a white hero or heroine entering the life of a helpless, troubled, often clueless Black person and, as one ...Read More