Be Color Blind to the Racial Differences of Dead Bodies 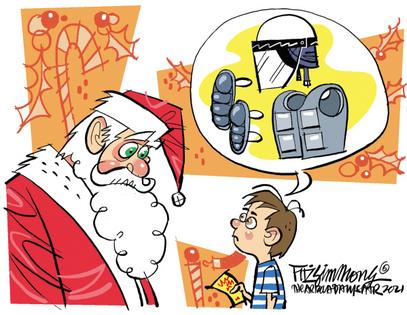 Politics inevitably seeps into any discussion of crime and punishment, of justice, of anger at the system, and of desperation. We have seen that over and over again, including last week when the former mayor of Philadelphia, Michael Nutter got into a war of words with the current district attorney, Larry Krasner.

As anticipated, it was even uglier than the actual crime statistics.

Krasner launched the first bomb by making the tragicomic observation that “we don’t have a crisis of crime” in the city that recently re-elected him to the position of chief law enforcement officer. It’s possible he really believes what he’s saying, given that his philosophy has always been to look at the victimizers and not the victims. As a lifelong defense attorney, Krasner is conditioned to empathize with the guy with the gun, not the guy with the bullet in his chest. You can’t blame a fellow for acting like Pavlov’s dog, salivating whenever someone screams “social justice matters” over the bleeding body of an innocent victim.

We had a great opportunity for someone who actually does care about the bloodshed and violence to weigh in and speak truth to mediocrity, and Nutter stepped up to the plate. At least, it looked as if he did. When I heard the former mayor had actually “criticized” Krasner and demanded an apology on behalf of the over 500 families of homicide victims, I cheered.

But then I actually paid closer attention to what Nutter said, and was appalled. Instead of seeking unity and solidarity, instead of acknowledging the humanity of innocent victims, Nutter picked the lowest-hanging fruit: Race. He immediately played that card, talking about how Krasner’s comments were a manifestation of “white privilege.”

In a now widely read essay in the Philadelphia Inquirer, Nutter wrote that “It takes a certain audacity of ignorance and white privilege to say [that there is no crisis of crime] right now. As of Monday night, 521 people, souls, spirits have been vanquished, eliminated, murdered in our City of Brotherly Love and Sisterly Affection, the most since 1960. I have to wonder what kind of messed up world of white wokeness Krasner is living in to have so little regard for human lives lost, many of them Black and brown, while he advances his own national profile as a progressive district attorney.”

Some of my friends, virtually all of them conservative, want to give Nutter a pass for focusing the lens on minority deaths. They are so desperate for any recognition from the left that the policies of Krasner and like-minded prosecutors are so toxic that even crumbs will suffice. It’s the old “the enemy of my enemy is my friend” theory.

I get that, and I empathize with them, but it’s not enough, not by a long shot. This is why I’ve always been opposed to hate crime legislation. When you start valuing lives based on irrelevancies like gender, race, ethnicity and other things over which we have no control (including gender, even though that’s another column altogether) you lose sight of the innate humanity of the victim.

To say that we should be particularly sensitive to the crime rate because it is Black and brown lives that are being lost disproportionately relegates the deaths of people like Sam Collington, Milan Loncar and Gerald Grandzol, all victims of shootings in Philadelphia. Their shooters were people of color. They were white. Does that matter? No. Should it matter? No. Are 500 deaths more important than three, or 30, or 300? No, not to their families and not to a society that cares about the “content of our character.”

So why did Nutter have to go and focus his lament and anger on the Black and brown communities to make his point?

A reader once wrote to me that I am “tone deaf” to the “social reckoning” that is taking place in this country. She had no idea how happy her words made me, and would have been horrified to learn of their impact. I am both tone deaf and color blind to the racial differences of dead bodies, as all of us should be. Once, that would have been considered a virtue, but now we’re supposed to place certain deaths and certain statistics into special, separate categories.

Michael Nutter had an opportunity to speak to everyone impacted by violence and whose lives have been touched, even tangentially, by crime and its attendant loss.

That he chose not to is an example of how we really have no damn idea about what lives matter. Until all of them do, none of them should.