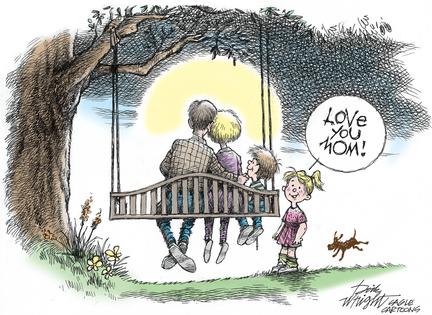 I know that one of these days, I will see her again. Of that, I am certain. Of course, saying this doesn’t make the anniversary of her death any easier. Lucy Flowers died in the earliest hours of an August morning, the same month that she married her beloved Ted, the same month that the sweet dogs Chance and Sophie - who tried to fill the emptied house - were born.

John Donne wrote the holy poem that generations of grieving children have repeated to themselves at the deathbeds of their parents:

"Death, be not proud, though some have called thee

Mighty and dreadful, for thou art not so;

One short sleep past, we wake eternally

And death shall be no more; Death, thou shalt die."

Seven years on, I can say that my mother died. Because now I know that what is gone is immense, what remains is substantial, and what awaits is everything.