Why Roe v. Wade May Soon Be Aborted 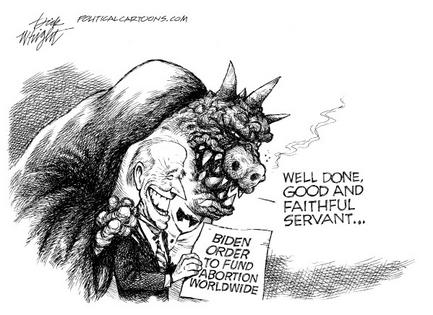 I’m not going to change your mind about abortion.

This is not a “hearts and minds” sort of essay, seeking common ground on a battlefield bloodier than Gettysburg. This is a simple acknowledgement that, for the first time in 48 years, there is a strong possibility that the most cited, most manipulated, most controversial Supreme Court decision of the last century will be consigned to the margins of history.

Last week, the Supreme Court decided to take up the most consequential abortion case since Planned Parenthood v. Casey was decided over thirty years ago. I call that case “Baby Roe,” because while it didn’t create the right to abortion in a feat of constitutional prestidigitation, it insulated that right from many of the attacks launched by the pro-life movement. Casey introduced the words “undue burden” to the lexicon, and any state law that was deemed to place an undue burden on a pregnant woman’s right to an abortion was struck down.

Enter, Mississippi. In a preview of what might happen if Roe is finally overturned and the issue is returned to the states where it belongs, this deeply-red bastion of conservatism passed a law that would ban virtually all abortions after 15 weeks. Two lower courts invalidated the legislation, and the move by the supremes to grant certiorari is - if not a sign of changes to come - at the very least a tantalizing development for abortion foes.

Up until now, the justices have been fairly squeamish when it came to this volatile issue. While they were willing to deal with some of the tangential issues - like how far away protestors had to stay from abortion clinics and what kind of certification abortionists needed to perform the procedure - they tried to steer clear of actual bans.

The last time the Supreme Court ruled on abortion was last year, when a majority that included Chief Justice Roberts struck down a Louisiana law that required abortion doctors to have admitting privileges at local hospitals. Abortion advocates did the usual “sky is falling” theatrics at the possibility that some clinics would have to close, but the ultimate decision didn’t address the legality of abortion itself.

In the first place, the Mississippi law doesn’t just limit who can perform an abortion. It limits who can have an abortion. If a woman is over 15 weeks pregnant and doesn’t fall into the very narrow exceptions of fetal abnormalities or medical emergencies, she can’t have an abortion. This is a direct hit on Roe’s holding that a woman has a fundamental right to an abortion, even in the last months.

This could be the thing pro-life activists and those of us who honor the integrity of the Constitution have been waiting for.

When Roe was decided by an overwhelming majority of old white men (and a Black one) in robes, they needed to look as if they were doing something legitimate from a procedural perspective. They clearly understood that their decision to legalize abortion was going to be controversial, so they needed to give it some constitutional heft. And so, they used condoms.

I think I finally understand what white privilege looks like.

I caught some photos of the Met Gala last week, complete with Whoopi Goldberg dressed in something that can only be described as a giant crocheted toilet ...Read More

I recently filling in hosting a local Philadelphia talk show, which gave me the opportunity to interview Lt. Colonel Jonathan P. Meyers, a retired Marine who’d recently written a memoir about his almost three decades in ...Read More

I recently filling in hosting a local Philadelphia talk show, which gave me the opportunity to interview Lt. Colonel Jonathan P. Meyers, a retired Marine who’d recently written a memoir about his almost three decades in ...Read More

As expected, everyone's apoplectic about the Supreme Court’s decision not to block the Texas abortion law.

It’s no secret I have been advocating for the criminalization of abortion for decades. Many people disagree ...Read More

As expected, everyone's apoplectic about the Supreme Court’s decision not to block the Texas abortion law.

It’s no secret I have been advocating for the criminalization of abortion for decades. Many people disagree ...Read More

I come from a family of fighting men.

My cousin Adolph was a paratrooper who landed at Normandy on D-Day, and the parachute he used - stained with blood and dirt - was turned into my cousin Helen’s wedding dress. My ...Read More