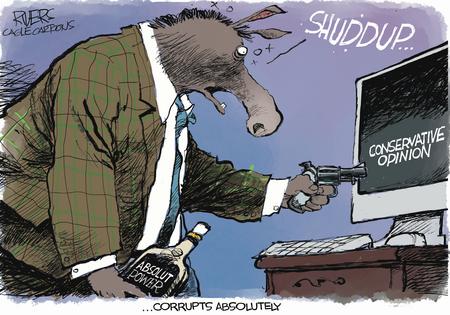 When it comes to how he feels about big tech, Jeff Bartos didn’t mince his words.

“From shadow-banning conservatives, censoring content online, biased fact-checking, and now funneling millions of dollars into our elections it’s become clearer than ever: Big Tech must be reined in,” Bartos, a Republican candidate for U.S. Senate from Pennsylvania, wrote on Twitter on July 1.

But even as the suburban Philadelphia businessman parroted a popular Republican talking point, he and his wife also were enjoying the financial benefits that come with investing in such big tech titans as Alphabet Inc., which owns Google, and Apple.

Financial disclosure forms that Bartos filed with the U.S. Senate as a requirement for his bid for the GOP nomination in 2022, show that he and his wife jointly and individually hold hundreds of thousands of dollars in stock in the Silicon Valley giants.

Arkoosh also serves on Montgomery County’s Board of Commissioners.

As they head into the thick of one of the most closely watched U.S. Senate contests in the country, the filings underline the tightrope that the hopefuls walk as they talk tough on the outsized influence of big tech, but also see their wealth enlarged by their sizable investments.

Both are part of a large field of Republican and Democratic candidates vying to replace Republican Sen. Pat Toomey, who is retiring in 2022.

In a wide-ranging interview, Bartos kept up his drumbeat of criticism, even as he defended his investments.

“If anything, it proves I’m not afraid to state my convictions, even if it’s against my financial interests,” he said. “I can advocate for policies that I think are right. As a shareholder, who owns stock, I believe that the company needs to change for the better.” He added that it’s the “responsibility,” and the “duty” of shareholders to lodge such criticisms.

So what can the plight of a little cafe tell you about the state of the American economy and the changing face of work? A lot, as it turns out.

The other week, the bistro where my family and I have been grabbing brunch ...Read More

It all kind of piled up this week.

COVID hospitalizations and deaths are up. We’re still trying to convince the unvaccinated to get vaccinated, even as intensive care units fill beyond capacity. As the Delta variant ...Read More

It was hard to miss the challenge that President Joe Biden posed to Americans as he burned through a fiery speech at the National Constitution Center in Philadelphia this week.

Led by “bullies and peddlers of lies,”...Read More