Republicans and the Return of Class Warfare 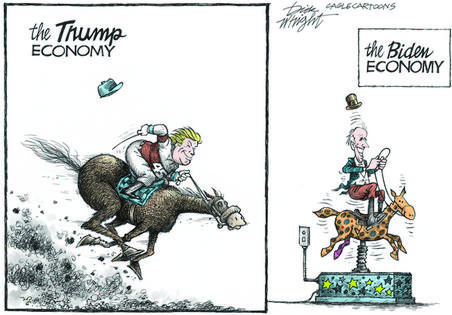 The GOP is seizing on disappointing jobs numbers as an excuse to call for the end of extended unemployment benefits, based on the slender and debunked premise that they have discouraged people from seeking work.

Neil Bradley, the executive vice president and chief policy officer of the U.S. Chamber of Commerce, said the jobs report “begins to confirm that this is a barrier - not the only barrier, but a barrier to filling open positions in the recovery,” the New York Times reported. He added that, “we absolutely have to begin to make the preparation to turn the supplement off. The sooner we do that, the sooner it’s going to become clear how this has been holding us back.”

Republican Rep. Kevin Brady piled on, declaring that the White House’s strategies, which generally have improved the economy, was “sabotaging our jobs recovery with promises of higher taxes and regulation on local businesses that discourage hiring and drive jobs overseas.”

Last week, the White House stiffened its line, saying people who turned down employment risked losing their benefits. President Joe Biden has continued to defend the more generous benefits, however.

Meanwhile, red state governors are parroting the national line, and have announced that they’ll turn down hundreds of millions of dollars in federal assistance to force their residents to return to poorly paying service-sector jobs with horrible benefits and potentially unsafe working conditions exacerbated by mask- and vaccine-denying patrons.

In a way, it’s kind of refreshing to see Republicans drop the obsession with Dr. Seuss and other shiny-object attractions of the culture war and get back to their fundamental business of defending corporate America. There is no small irony that it’s happening even as the GOP continues to try to shed its image as the party of the rich and rebrand itself as the defender of the working class.

The rhetorical jiu-jitsu, however, is a gross oversimplification of the tectonic forces that are reshaping the post-pandemic economy, as NBC News and other outlets have detailed.

First up, yes, it’s undeniably true that there are more jobs than there are people applying for open positions. That’s happening, in part, because people who got discouraged during January and February haven’t yet gotten the memo that the tide has turned.

But it’s also true that the pandemic-driven changes that reshaped the economy to begin with: home-schooling, childcare, and concerns about avoiding infection in the workplace until they’re fully vaccinated, also are causing people to hang back.

If you thought President Joe Biden was going to be content whiling away his four years at 1600 Pennsylvania Avenue, serving, as he once described himself, as a "transition[al]" candidate and ...Read More