Our Democracy Was Pushed to the Brink 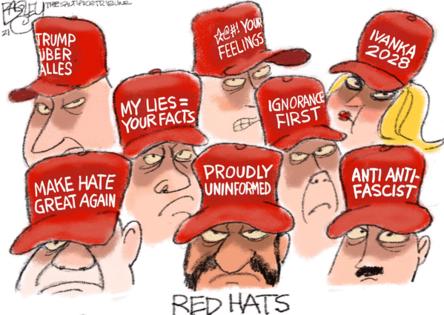 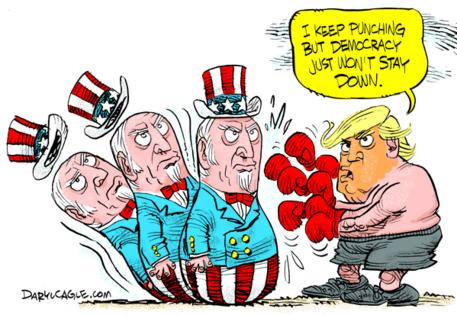 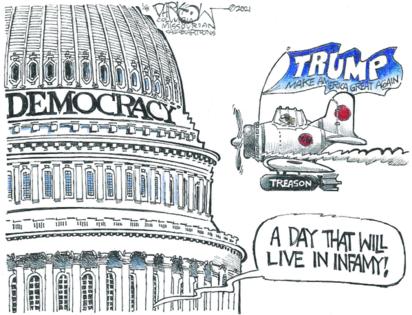 The madness and treason that’s consumed the Party of Trump has a face: And it belongs to a former Pennsylvania state lawmaker.

On Wednesday, on a day that thugs and domestic terrorists bent on overthrowing the results of a lawful election stormed the United States Capitol with laughable ease, Rick Saccone, who once swore an oath to uphold the law and the constitution, tried to justify the unjustifiable.

“We are storming the Capitol,” Saccone, a former state House member who hails from outside Pittsburgh, brayed in a now-deleted Facebook post. “Our vanguard has broken through the barricades. We will save this nation. Are you with me?”

Saccone boasted that he and his fellow extremists were “trying to run out all the evil people that are in there, and all the RINOs [Republicans in name only] who have betrayed our president. We’re going to run them out of their offices. We’re calling on Vice President [Mike] Pence to support our president. Look at all these people here … hundreds of thousands. The fake news media won’t tell you how many people are here. But I’m telling you that there are hundreds of thousands of people here to support our president and save our nation.”

Just a couple of years ago, Saccone staged an unsuccessful bid for Congress, losing to Democrat Conor Lamb. A man who once aspired to walk the halls of the Capitol now proposed to sack it.

We know what resulted from the brain-dead posturing of Saccone and his fellow extremists: It resulted in Capitol Police, their guns drawn, guarding the doors to the House chamber, as people desperately hid behind desks and chairs. It resulted in an angry mob swarming, seemingly unchallenged, through the halls of the Capitol. And it resulted in the deaths of four people.

It was a coup. It was an insurrection.

And it was all based on a lie, incited and perpetrated by President Donald Trump, and propagated by loyal flunkies across every level of government, that a free and fair election - despite overwhelming evidence to the contrary - was somehow riddled with widespread fraud.

Going into Wednesday’s quadrennial vote count, dozens of Republicans in the House, joined by colleagues in the Senate, planned to object to the vote count.

It was a cynical, pointless exercise, pursued by at least two people, Senators Ted Cruz (R-Tx.) and Josh Hawley (R-Mo.), who have White House aspirations.

So just how desperate are some Republicans to deny the reality of the Jan. 6 insurrection at the U.S. Capitol?

Desperate enough that 21 of them voted against a slam-dunk of a bill earlier this week awarding one of the ...Read More

As a Democrat from a staunchly Republican state, Sen. Joe Manchin of West Virginia is a vanishing breed, not only in contemporary American politics, but in a Democratic Party that is steadily tacking to the left.

Everyone’s complaining about Congress, but if you want to track the real, festering growth of Trumpism and its corrosive effect on our politics, you’re better served keeping your eye on state capitols throughout the ...Read More

Whenever I write about Republican-led efforts to sharply curtail voting rights (which disproportionately impact Black and brown voters who ...Read More