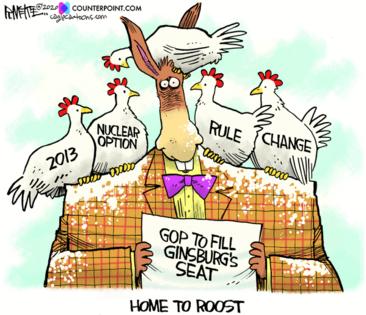 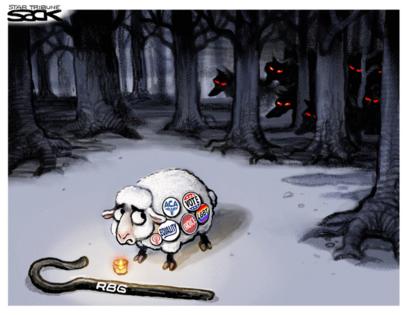 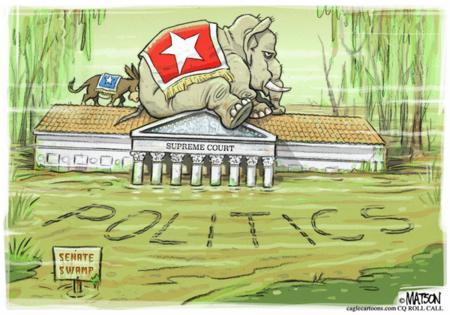 And right on schedule, on Tuesday afternoon, Toomey speedily ditched the slender rationale that allowed him to oppose Judge Merrick Garland’s high court nomination in 2016, as he rushed to embrace a GOP rationale to fill the late Ruth Bader Ginsburg’s seat that’s so thin that it’s amazing he didn’t tear a rhetorical rotator cuff doing it.

As you’ve probably heard by now, Republicans have abandoned their argument that the “voters should have their say,” which they used to derail President Barack Obama’s Supreme Court pick in 2016.

Republicans Senators Mitch McConnell and Lindsey Graham have taken a weed-whacker to the fictitious rule they invented four years ago, laughably arguing that the rule only counts when the Senate and White House are controlled by opposing parties. This year, with Republicans holding both, it’s no longer applicable.

“Four years ago, I noted that my decision to oppose moving forward with the Supreme Court confirmation process for Judge Merrick Garland was related to the circumstances present at the time,” Toomey said Tuesday in a statement released by his office.

“The circumstances surrounding the current vacancy are, in fact, different. While there is a presidential election this year, the White House and the Senate are currently both controlled by the same party. The Senate’s historical practice has been to fill Supreme Court vacancies in these circumstances,” Toomey added.

Here’s what Toomey said in 2016. You will note that it is conspicuously devoid of any intelligence insulting claptrap about a difference in White House and Senate control.

“The balance of the Supreme Court is at stake, and we have an election right around the corner. With lifetime tenure, the next justice will determine the Court’s balance for a generation,” Toomey wrote in a PennLive op-ed at the time. “In that light, I believe it is sensible to allow the American people to participate in the choice of Justice Scalia’s successor less than seven months from now.”

That’s the late Justice Antonin Scalia, whose death sparked the first succession crisis and resulted in Justice Neil Gorsuch winning confirmation in a flame-thrower of a confirmation fight.