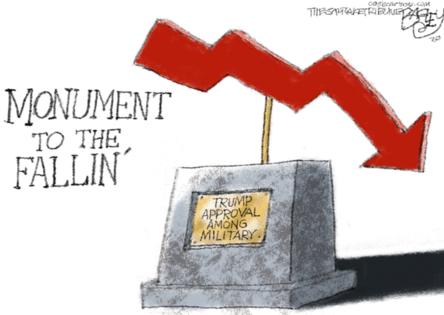 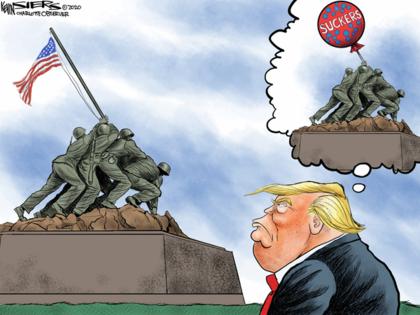 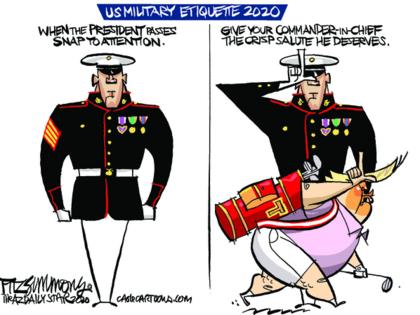 Standing on a Harrisburg street corner outside the headquarters of the Pennsylvania AFL-CIO, Rewolinski looks like what he once was: A U.S. Marine Corps sergeant who served his country in Iraq. He’s tall and broad and self-contained. His eyes are alert. A silver cross dangles from his neck.

A few minutes before we started our conversation, I’d heard him mutter under his voice, “I’m no loser.”

It seems like an entry point. So I ask him him what he thinks of the story in The Atlantic, since corroborated by several other news organizations, that the current commander-in-chief, President Donald Trump, believes soldiers are “losers” and “suckers.”

“It makes me feel horrible,” he said in a quiet and even voice that might as well be shouting out loud.

I keep coming back to the quiet directness of his answer. A Marine sergeant, who’s likely seen terrors that none of us will ever see, feels “horrible,” because of what the commander-in-chief is alleged to have said about him.

And right there, that’s the human cost of living in Donald Trump’s America.

Like all bullies, Trump has dehumanized the people behind his insults and jibes. And it’s exacting a price on their - and our - souls.

During a press conference from the White House’s South Portico last week, Trump pushed back hard against his critics, growling that “only an animal” would say such things about America’s service men and women, and our fallen soldiers.

“The story is a hoax, written by a guy who’s got a tremendously bad history,” Trump said, of Atlantic reporter Jeffrey Goldberg, the story’s author. “The magazine itself, which I don’t read, I hear is totally anti-Trump … He made up the story, it’s a totally made-up story.”